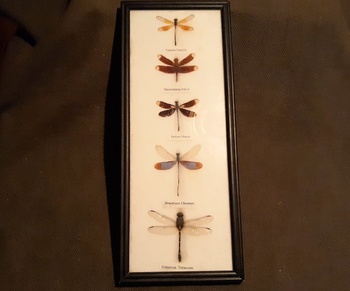 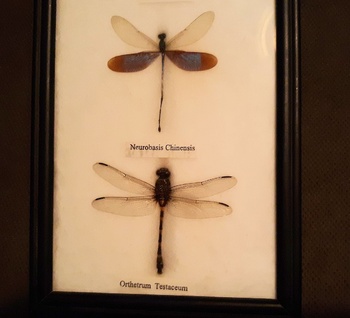 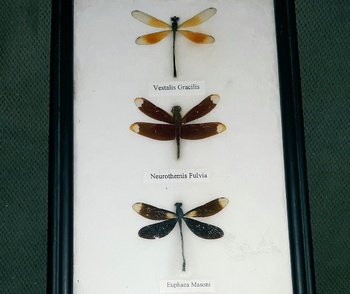 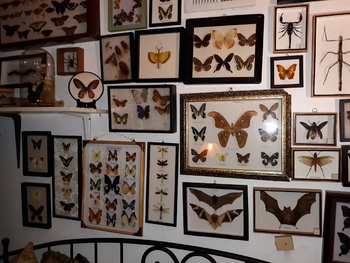 I see a lot of butterfly collections but a collection of dragonflies not so much. In fact this is the first one. These are from Southeast Asia but not as large as other insects from there. Probably because they eat mosquitos which are the same size everywhere.
The top one is Vestalis gracilis which is a Damselfly' The bottom one is Orthetrum testaceum is a Dragonfly and the others something in-between those. They are arranged according to size. The dragonfly would be a bit brighter orange in life it has faded a bit. Just did a bit more research and the top three are damselflies and the last one is a dragonfly.
In the last photo it can be seen in its place in my rather large insect collection. It is rather large.