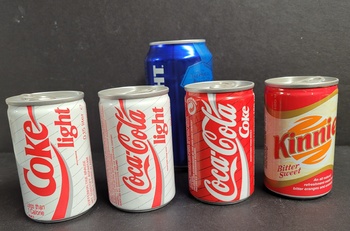 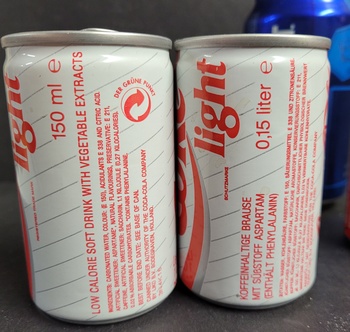 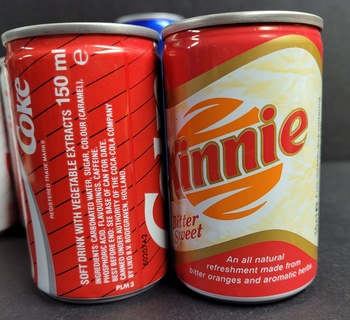 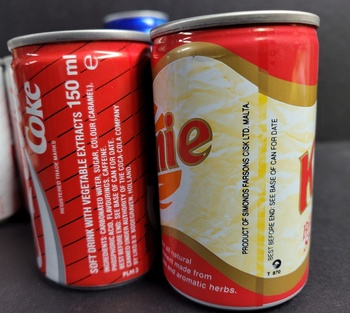 Here's a few cans that have been sitting in my bar. I believe all 4 came from dad's trip to Malta. When he was a flight maintenance engineer for Boeing they sent him there to train pilots.

The bud light is to show the size of the cans. These were probably airline drinks.

KINNIE
Kinnie is a Maltese bittersweet carbonated soft drink brewed from bitter oranges and extracts of wormwood. It was first introduced in 1952 by the brewery Simonds Farsons Cisk, and continued to be produced by Farsons in Attard, Malta. Kinnie is brown in colour, and is drunk straight or mixed with alcohol.