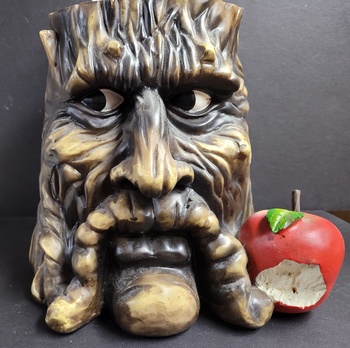 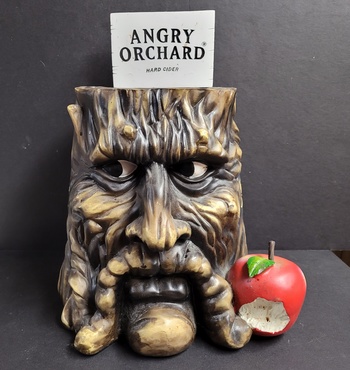 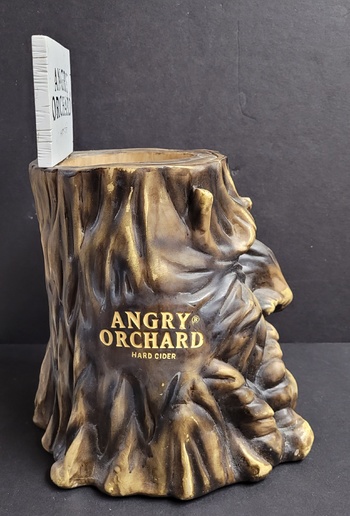 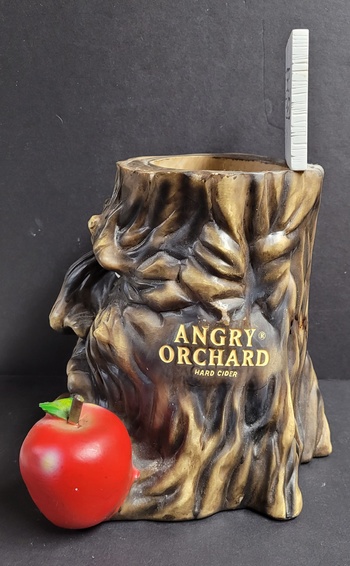 I used to work some unusual hours, so I had a lot of days off. I would often frequent the local Red Robin(gourmet hamburger chain) for lunch. I would sit in the bar and have a drink and a burger. Because I was a frequent customer I knew all the bartenders and managers.

This angry orchard bar display sat behind the bar. I kept telling the manager and my bartender friend that I really liked it. I jokingly told him I was going to jump behind the bar and grab it on my way out.

One day I came in for lunch and it was gone. I asked the manager what happened to it. He said so many people wanted it he put it in his office so no one would steal it. Then he asked me if I wanted it. I couldn't say yes fast enough!

ANGRY ORCHARD
Angry Orchard is a hard cider company located near Walden, New York, United States, owned by the Boston Beer Company. It makes hard cider using apples from their own 60-acre orchard located in Hudson Valley, New York. In its first year, the cider was only available in New England, Colorado, Maryland, and New York.