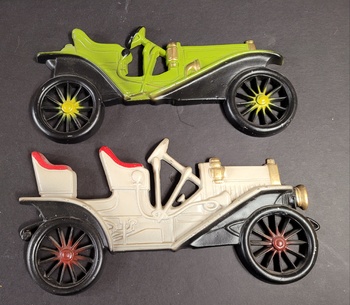 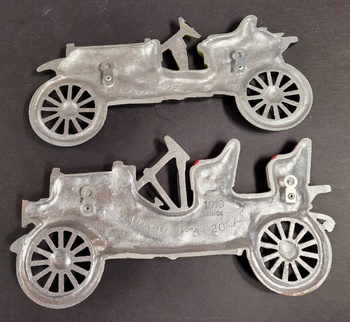 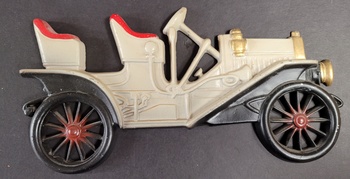 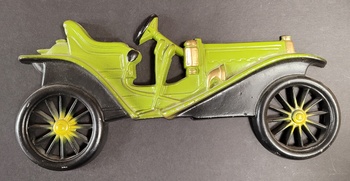 Looking through mom's poetry/work room and found these cars. They used to hang on the wall of my bedroom when I was a kid. There is a 3rd car hiding somewhere.. a 1905 pierce arrow.

They are made by the Midwest Products Company.
1909 Hupmobile (green)
1910 Buick

1909 HUPMOBILE
Hupmobile was an automobile built from 1909 through 1939 by the Hupp Motor Car Company of Detroit. ... The first Hupmobile model, the Hupp 20, was introduced at the 1909 Detroit automobile show. It was an instant success.

Midwest Products Company
I believe this is the same company that made these cars?
In 1952, friends combined their passions for model airplanes to develop a thriving business dedicated to providing high quality products to enthusiasts around the world. More than 65 years later, Midwest's product line and distribution have grown and changed, but its passion for quality has remained steadfast.