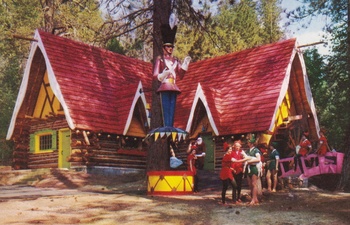 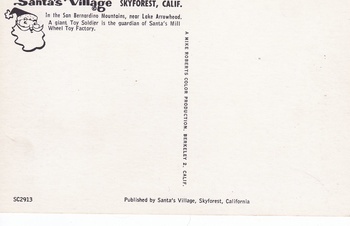 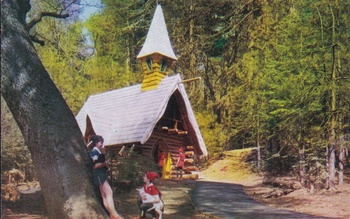 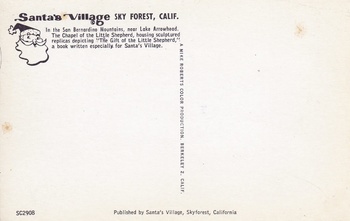 Hard to say how old these are. Santa's Village was open from the late 1950s until sometime in the 1980s. That doesn't count the fact that it has recently been reopened, much rejoicing. Currently it is called Santa's Village at Skypark. The attractions now are mountain bike riding and ziplines along with some restaurants. There is supposed to be much more to come.
Up first is the Santa's Mill Wheel Toy Factory. This of course are where GI Joes and Matchbox cars were made along with factories in Japan and Hong Kong.
And finally the Chapel of the Little Sheppard. I wonder if they still have those sculpted replicas as it says on the back of the card.
Getting out my Christmas decorations now so there may be some interruptions on posting.