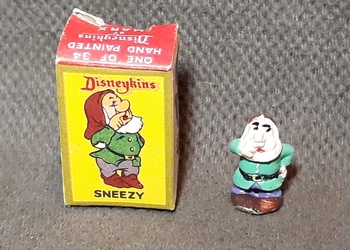 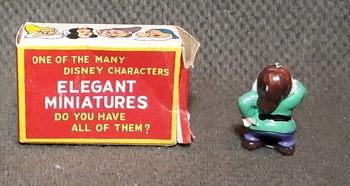 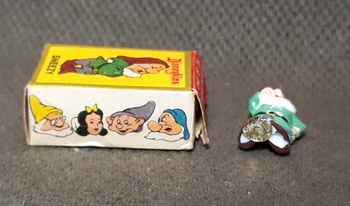 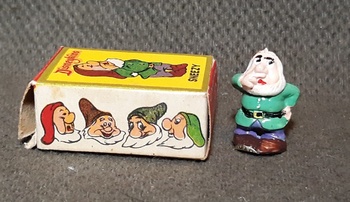 Recently got four more boxed Disnekins of the Snow White and Seven Dwarves series. I believe I have all of them except for Dopey now. Although Happy has gone missing.
As can be seen by the photos I have three exciting views of Sneezy and his box which in order are front, back and the sides. As for the back asking if you have all of them that takes some work as Marx made a lot and there are variations. "Do you have all of them?" was a Marx slogan and they pretty much made infinite toys. It is almost impossible to collect all of just one line of their toys.
In photo #3 there is a gold sticker on the base which has the Marx logo on it. Normally it would be stamped on the figure but these are very small less than an inch tall.
In the meantime my Disneykin display had an accident. The hook holding it on the wall broke. It only fell a couple inches but Disneykins went everywhere.
To be continued. 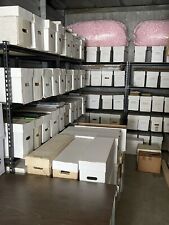 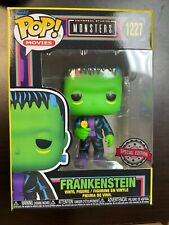 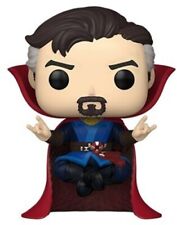 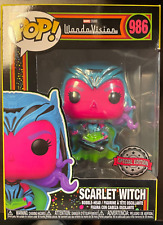