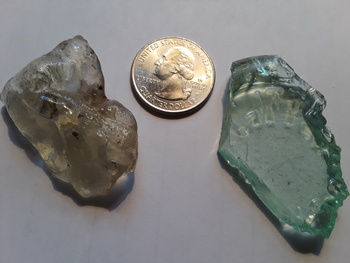 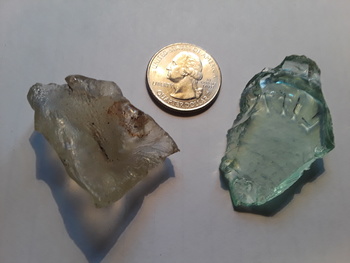 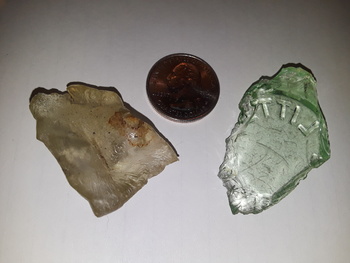 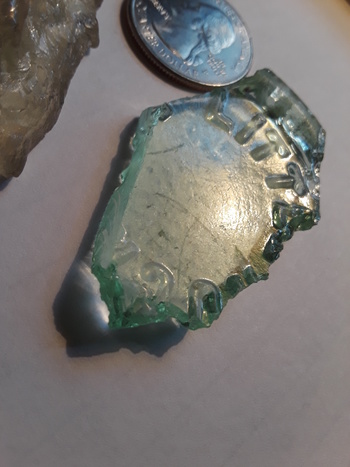 That I somehow find intriguing anyway, both likely parts of former bottles. Shown with a quarter for size reference.

The one the left was recovered from a fire pit and is thusly melted into a random clear glass lump. It is actually fully clean on its exterior, its spots/color are now baked into it due to its 'trial by fire', and there aren't really any sharp edges left on it. There's no telling whatever it used to be. (part of?)

The one on the right just came recently, from an old gravel driveway. It caught my eye first because of its aqua color, then when I pried it up from the ground I noticed it had lettering cast into it. Brushing the dirt away revealed it was what must have been the bottom of a beverage bottle (?) with enough letters left to be able to tell it once said (and was thus apparently made here in?) "LITTLE ROCK". It cleaned up nicely with an old toothbrush and a little dish soap. It also doesn't have any terribly 'hazardous' sharp edges left, due to its former location being driven over for who knows how many years chipping away at them.