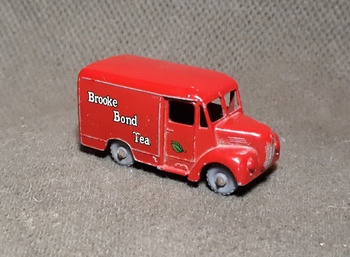 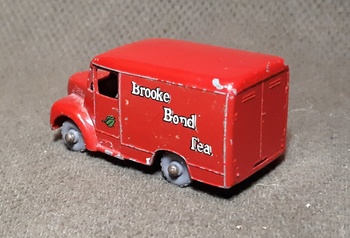 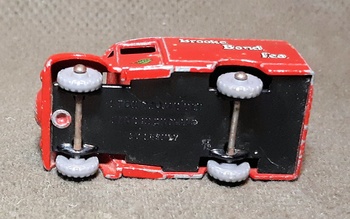 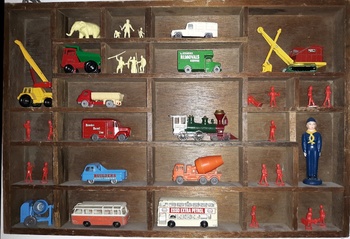 Trojan Van Trojan Van. OK we are past that. This was the first MB 47 and was sold from 1958-1962. It has gray knobby wheels and there were no variations as far as I know. It is officially called the 1 Ton Trojan Van but is unofficially known as the Brooks Brand Tea Van. That of course is because of the Brooks Brand Tea decals. There is also a tea leaf decal on each door which is a nice touch. No exciting moving features on this model. This one just looks nice. In fact I would say it is classic.
In the last photo I have it in a little display along with some Airfix figures and more.
Now I need to shop for more Matchbox cars.