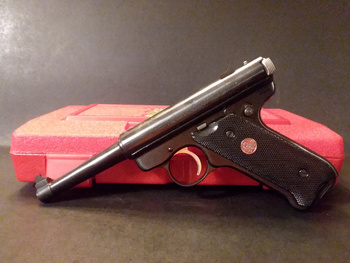 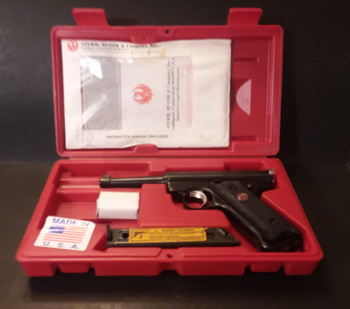 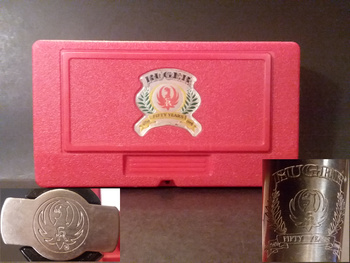 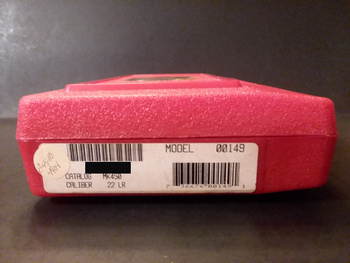 This pistol is one of a limited run of pistols made in 1999-2000 to commemorate the 50th anniversary of the founding of the Sturm Ruger & Co. in 1949. It is a semi automatic recoil operated .22 caliber pistol. It resembles the German Luger in style only. There have been several upgrades to this pistol since 1949, the latest version was the Mark IV, and many improvements have been made to it. This commemorative pistol has custom grips, a stainless bolt and a 50th Anniversary mark on the receiver. It also came with a commemorative case. These pistols are not rare but do command a bit of a premium over the standard pistols.

A bit of the history of the company, pistol and a review of the pistol can be found here: