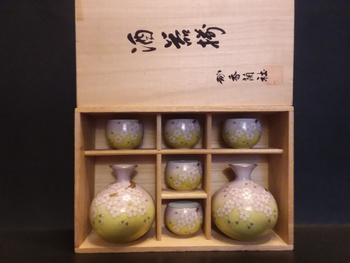 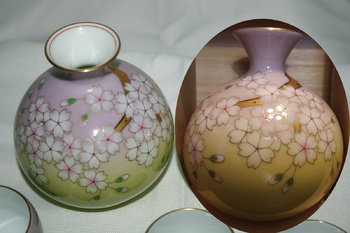 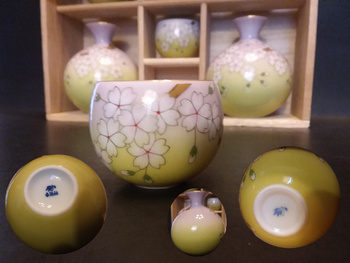 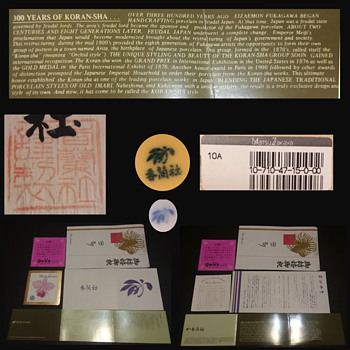 I have been looking for some Koransha pottery with the modern mark on it and found this dual tokkuri (flask) sake set for $10. The ochoko (cups) have the old mark on them, probably due to their size. The seller did not realize who the maker was and advertised them as a Matsuzakaya set.

I forgot to measure these and have already put them away after christening them with sake. My guess is that the tokkuri were probably about 4.5" high and the ochoko about 1.5" high. They are translucent porcelain but thicker than I expected them to be. The set came in a tomobako. The design was etched into the pieces before they were hand painted. I struggled to get decent images as it has been quite overcast here the last few days and my phone camera wants more natural light. I stole one image from the seller to get one that shows the etching.

This is my first exposure to something sold by Matsuzakaya Department Stores which were founded in 1611. I think this set must have been a special offering, a collaboration between Koransha and Matsuzakaya, based on the extensive documentation that came with it.

"Established in 1611 in Nagoya by Sukemichi "Ranmaru" Ito [ja], it is one of the oldest department stores in the world. It was initially a modest wholesale manufactory of silk kimono and Japanese lacquerware. In 1736 the company expanded its business to the retail sale of cotton and linen kimono. A second store was opened in Kyoto in 1745. The old capital was at that time the only region producing high-quality kimono.[citation needed].....

With the industrialisation during the Meiji era, Matsuzakaya store was changed in 1910 to a western-style department store. In 1924, its Ginza branch became the first department store in Japan where customers could keep their shoes on everywhere inside the store (before that, people had to leave their shoes at the cloakroom).[2] In 1931 a centre for textile art was opened in the Kyoto branch. Between 1931-1939, a remarkable collection of kimono came together with the work of dye craftsmen, antique dealers, and private collectors." 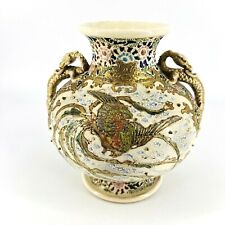 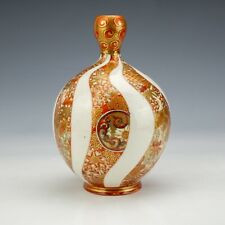 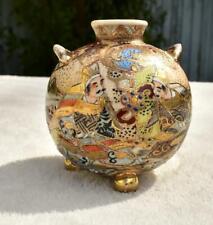 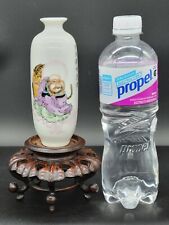