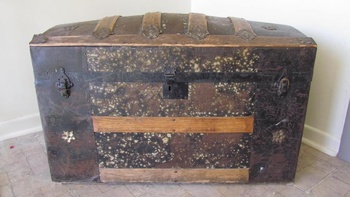 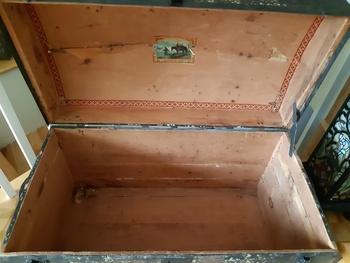 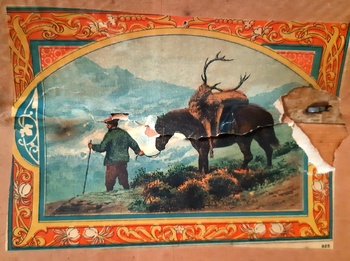 I just inherited this old family trunk, used by my 2x great grandfather Alexandre, when he crossed over to Canada.

I would love to know where it comes from and how old it is.

Alexandre was born in Russia in 1853 from a french father and polish mother. They later went on to live in England and France. He then married my 2x great grandmother who was half german / italian and later in their life, they moved to Canada in 1903. I can't even start to figure out from which country this trunk is from because it could be from her side as well.

We have no information about this trunk and nothing is written in or on it. But there is a picture/drawing inside, which I included in the pictures. It's in metal outside and wood inside, with wooden slats outside. There are still small spots of colors on it which look golden.

Any infos would be more than welcome. Thank you!!