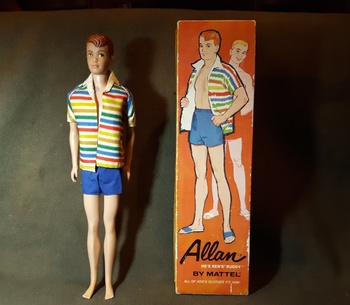 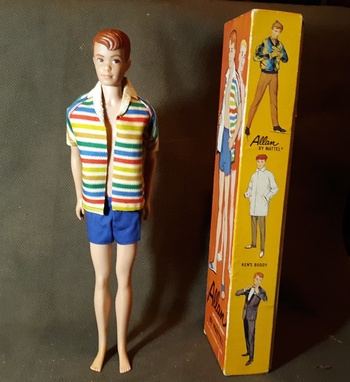 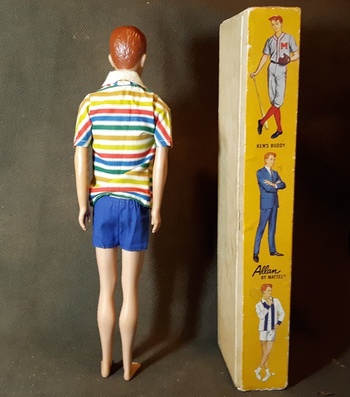 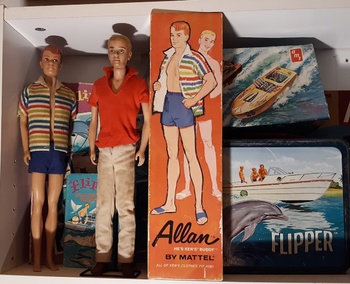 Got a box to go with Allan so here he is in his very own post. Allan is Ken's buddy from the Barbie series. This is the straight leg version which was only sold in 1964. There is a rare bendable leg version sold in 1965. Allan was named after Barbie's designer's husband. But they got divorced in 1965 so Allan was discontinued.
Allan like Ken is all ready for the beach. He also has some very well made outfits such as Army and Air Force, Arabian Knights, Red Riding Hood Wolf, King Arthur, The Prince and many other more mundane outfits none of which I have.
Now which beach should they go to? I am thinking Huntington because in the LA area that is the beach where everyone goes. In San Diego it would be PB aka Pacific Beach. Perhaps they will drive up the coast to Pismo.