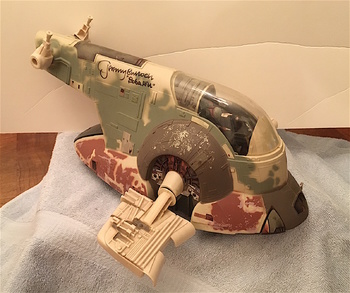 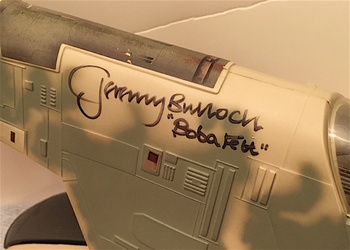 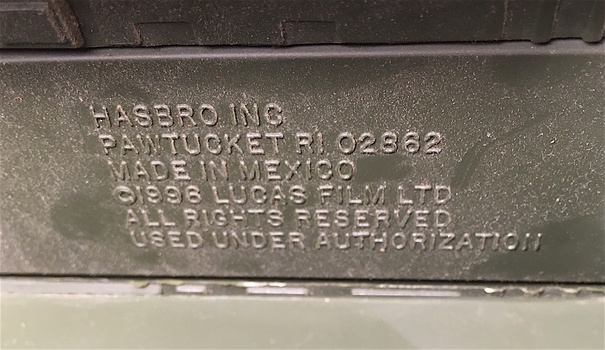 This is a 1996 Hasbro Slave 1 ship that was signed in 1999 by Jeremy Bulloch, who passed away today at age 75. Bulloch played bounty hunter Boba Fett in the original Star Wars films (his ship was the Slave 1).

In 1999, Phantom Menace had just been released, so Bulloch was making the rounds of comic-book shops in the US. My wife took our sons (then age 12 and 9) plus one of their friends to meet Bulloch, who she remembers as being very nice. According to her, he genuinely seemed to like to sight of three boys clutching their toys hoping for autographs. Bulloch obliged, and didn't even charge the kids, even though my wife assumed she'd have to pay something. The figure of Han Solo frozen in carbonite, which came with the ship, is in a box of action figures in the garage. I think...