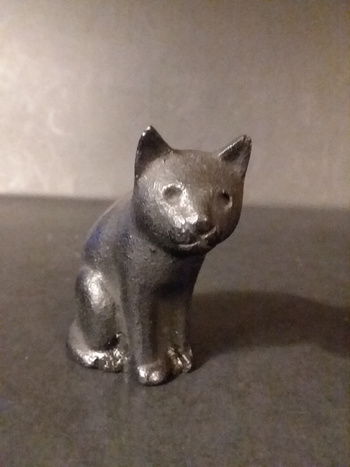 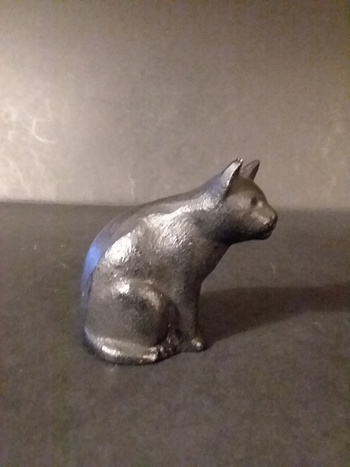 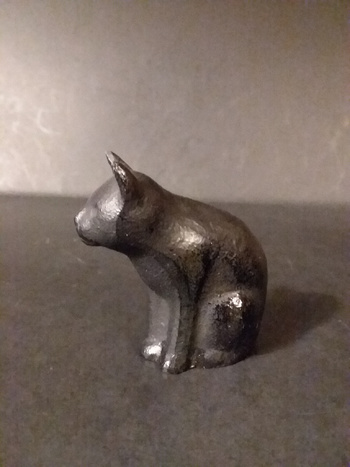 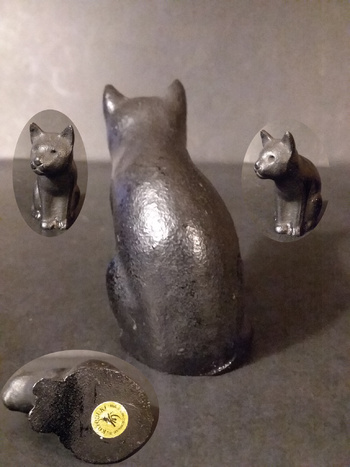 This cast iron black cat (kuro neko) is about 2.25" long x 2.25" high x 1.5" wide. It weighs just a bit over 8 ounces so is surprisingly heavy for its size. These are still being made by Iwachu and sold by various retailers, including Kotobuki Trading Company. I have been looking at these for a while and finally found a used one at a reasonable price. Iwachu makes half dozen versions of cat and dog paperweights. No idea how old this cat is. Kotobuki Trading Company was founded in 1963 and has averaged a couple of dozen employees since then. I paid off my December bills early so starting my January budget with a few small purchases, in both cost and size, and planning two larger purchases all probably metal ware. I will probably exhaust my budget early this month, again, but I am still waiting on December items which have been limbo so will have some non-metal things to post. Of course, I could just dig into my pile and post a couple of things I have considered posting but not gotten around to. Planning on at least one artist of the month post in January.