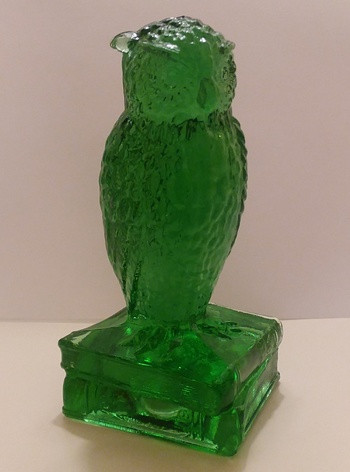 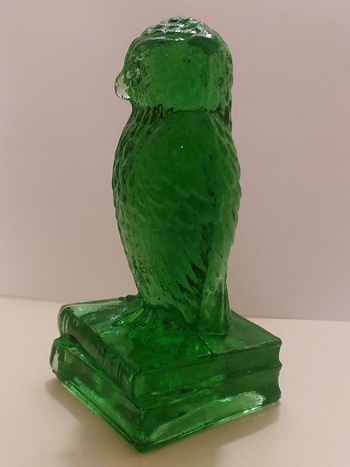 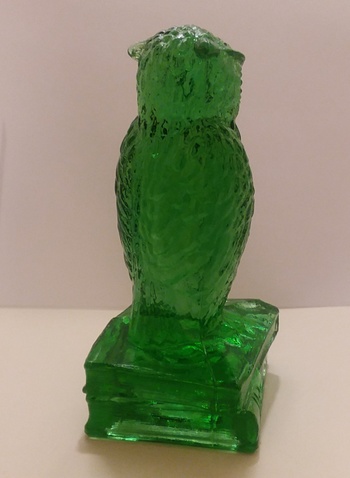 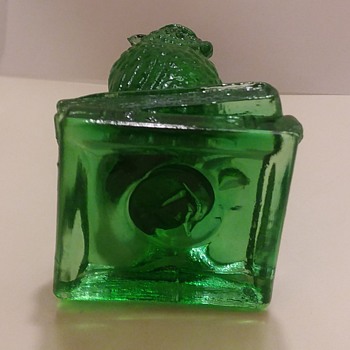 Green glass owl paperweight made by Degenhart during the 1970's. Until the owner died the products they made were unmarked. After his death the D was stamped on the base. A short time later the well recognized D inside of a heart was used as the company logo. Later the glass company was purchased by Boyd.