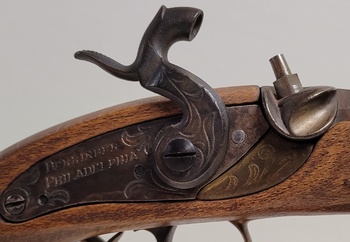 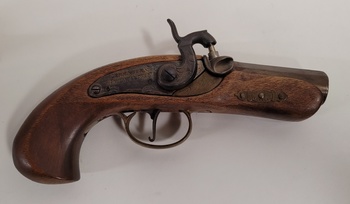 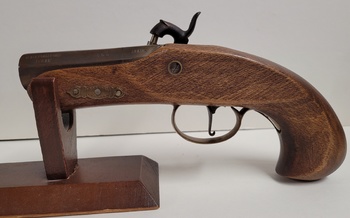 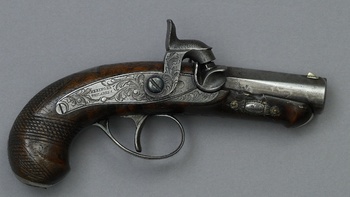 Philadelphia Derringer made by Jukkar

Replica of the gun that John Wilkes Booth used to assassinate Abraham Lincoln.

Made in Spain by Jukkar
The last picture shows the real Deringer used to kill Lincoln. Notice the copy is misspelled purposely.

Just picked this up today. Been wanting one for awhile. This is a low cost gun, that was originally sold in kits and assembled by the owner. This one is an older version, possibly 1966, by the serials. Whomever put this together wasn't very good, as the side accent plates look a little crooked to me. There are still companies that sell kits today.

LINCOLN ASSASSINATION
April 14, 1865, John Wilkes Booth became the first person to assassinate an American president when he shot and killed Abraham Lincoln in his box at Ford's Theater in Washington.

DERINGER
The original Philadelphia Deringer was a muzzleloading caplock single-shot pistol introduced in 1825 by Henry Deringer.