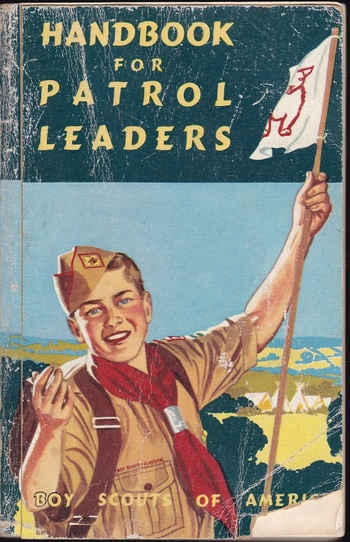 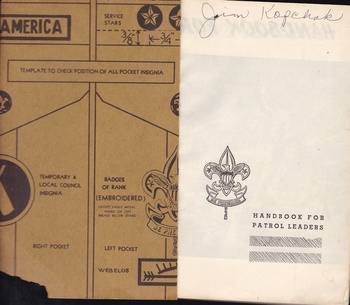 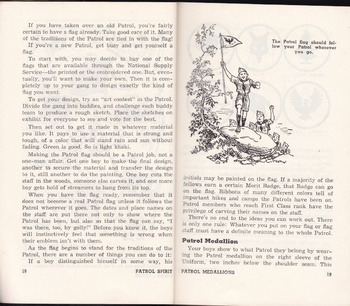 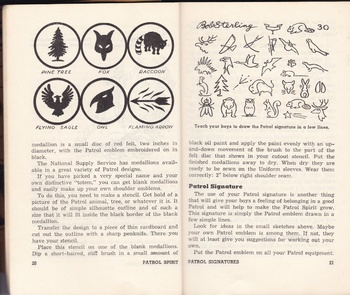 The patrol is the smallest unit of the Boy Scouts. The next step up would be the troop. Back when this was printed in 1959 a troop would have several patrols but now it is probably closer to 1:1. Boys of similar age and interests would be grouped together to form a patrol. I would say the number of boys in a patrol would be around 10.
The inside covers of these would almost always had the guide to uniform placement patches. The chest patches are covered on the inside front and arm patches on the back.
Photo #3 shows the patrol leader with the patrol flag. Never have seen one of those. I will have to get one.
Wrapping it shows some examples of patrol patches. These had a red background with black trim and graphics. The flaming arrow is the only one I have seen in in person.
Now to shop for a patrol flag.