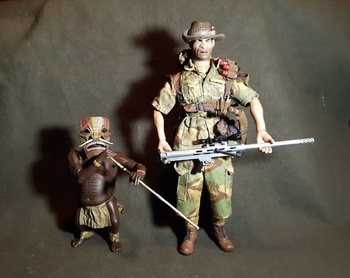 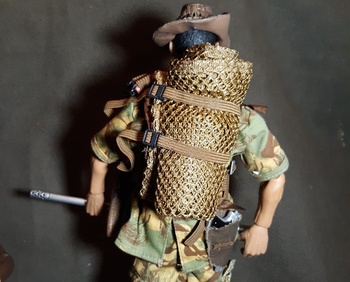 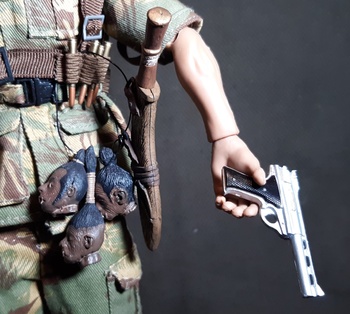 Another from the Ultimate Soldier Villains series. I posted Junkyard Jack last year. He is the one with the dogs. This pair is perhaps the scariest of the Villains series Auz and Taz. Auz has a .50 caliber sniper rifle and the Automag pistol as seen in the fourth Dirty Harry film. His buddy Taz is a witch doctor with a blow gun.
Going to focus on Taz here. Taz has tons of accessories and takes a while to put together. The bullets in his belt needed to be put in the belt loops and it takes a bit to get everything on the belt and get the backpack setup. He also has a Kukri, the Gurkha knife. In addition he has three shrunken heads. Taz probably helped him with those. The rifle is the Grizzly Big Boar .50 Caliber Rifle BMG. It is a single shot bullpup rifle. The bolt turns and the rifle can be loaded and unloaded.
The Villains is one of the last series done by Ultimate Soldier. They even have their own vehicles.
Taz will be getting his own post soon.