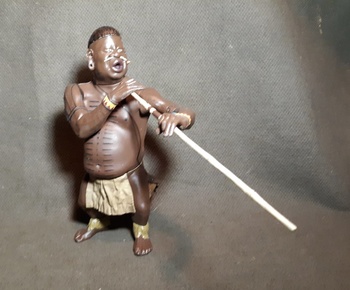 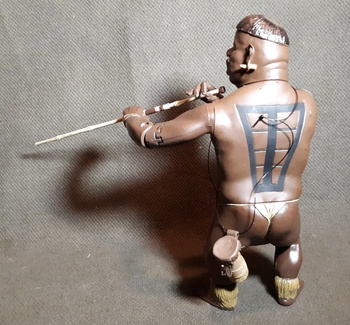 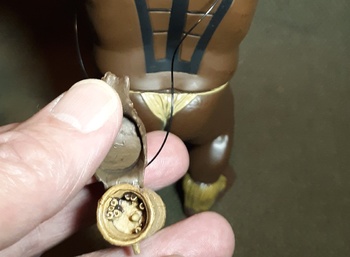 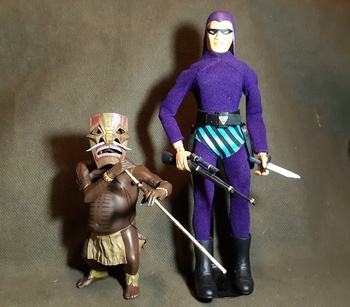 Pretty sure this is Taz although he is clearly not from Tasmania. He looks like a Taz though. His roots would be from Africa possibly a Pygmy although he could just be short and from Colorado, or even France. C'est possible.
He has one weapon accessory which is his blow gun but his main weapon is fear. Just like the witch doctor Korbay, from Jonny Quest, who also used a blow gun. In photo #3 his container filled with poison darts along with his thing which you can not unsee.
If there is one person who can stop Auz and Taz it would be the Phantom from the Captain Action series. He is the ghost who walks.

MOTUC Masters of the Universe Class...
$123
See all