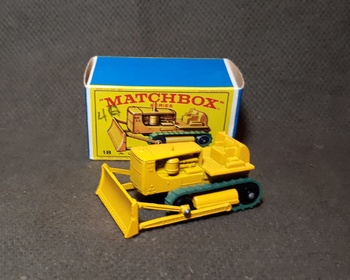 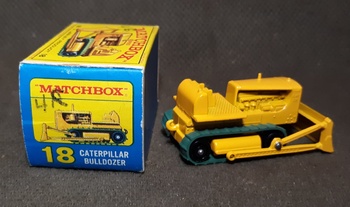 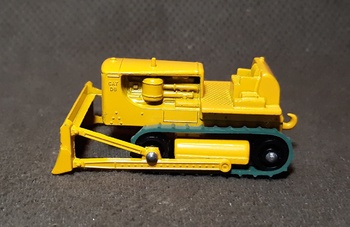 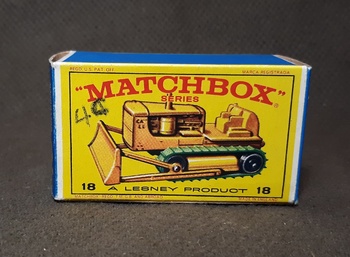 Yes a standard Matchbox Monday post again with a box and an exciting discussion of when the box was made and when the model was made.
This model was first introduced in 1964 but that would have been a D style box. This is an E Style box though so that puts this one at 1965-1968. The model was produced from 1964-1968. In 1969 it was replaced by the Case Bulldozer.
The 1:1 version was a real brute. The original version weighed about 25 tons and the current one weighs about 40 tons. I think this version would be about 30 tons. It is the Cat D8 by the way.
Matchbox did a few different versions of the Caterpillar tractor/bulldozer. I have the bladeless version but there was also one with an operator. I think I have two more versions to collect plus a King Size version. No clue what is coming next week but it will be very exciting I am sure.