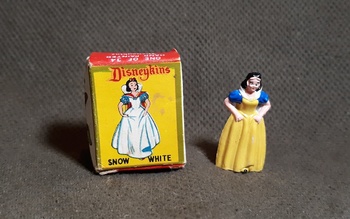 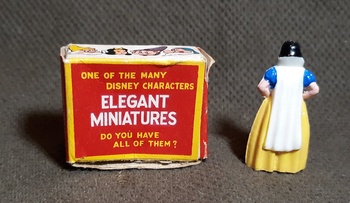 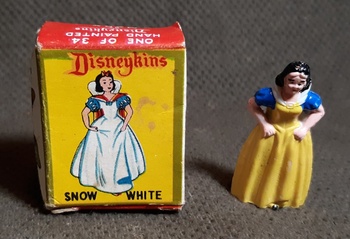 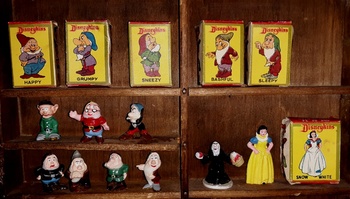 Yes finally the big one, SW herself the fairest of them all.
For some quick background Disneykins were made by Marx Toys beginning in 1961. No one seems to know when production stopped but it is generally thought that was around 1970. These were made in Hong Kong as were many other small hand painted hard plastic figures. There were 34 Disneykins in the first series plus a similar amount in the second series. Then there were many other figures made other than Disney. It was pretty close to infinite.
Snow White is about an inch and half tall and the box about the size of a matchbox. One wonders where Marx came up with the idea.
I still need Doc and Dopey boxes and then I think my Snow White and the 7 Dwarves Disneykins collection will be complete. OK there is still the TV Scenes box and maybe a couple others.