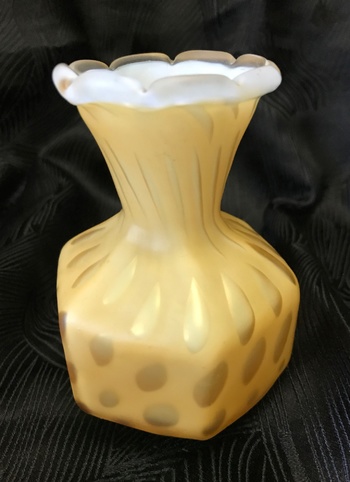 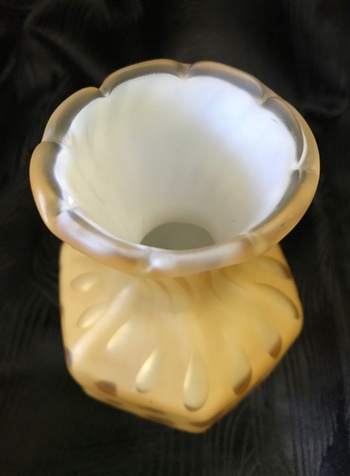 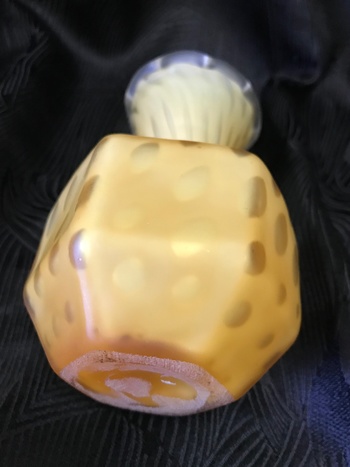 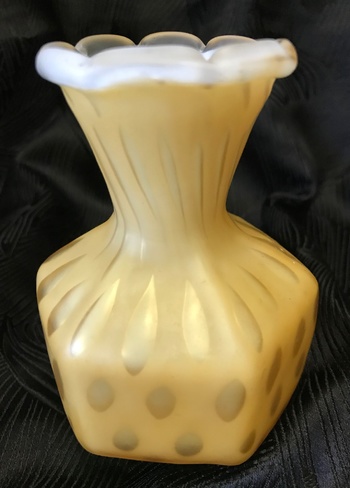 This charming small vase was one half of a job lot of two pieces of Victorian glass that arrived yesterday, in one of the most bizarre - looking parcels I've ever seen. It was outlandishly ugly, but both vases were packed extremely securely, & arrived safe. That's all that matters, I guess!
Anyway, this vase is made from three layers of cased glass - clear over a golden/beige colour with large air trap spots, & a white interior. It measures 11 cm tall, 5.5 cm across the scalloped top rim, & 4.5 cm across the base, which has been ground.
I have quite a lot of air trap satin glass in my collection, but nothing in this attractive colour until now. The most commonly found colours seem to be blue, pink, & yellow, followed by orange/apricot tones. White is rare, & rainbow, rarer still. I've seen the odd example of this shade, but this one did it for me at last.
This vase has an interesting shape, too - with that hexagonal middle. The scalloped top with a clear crest is also just a bit different.
Hard to say exactly where this was made - England or Bohemia are both likely contenders.