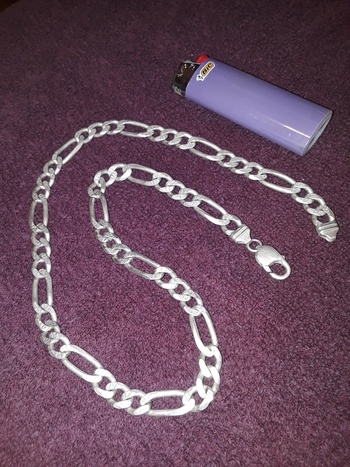 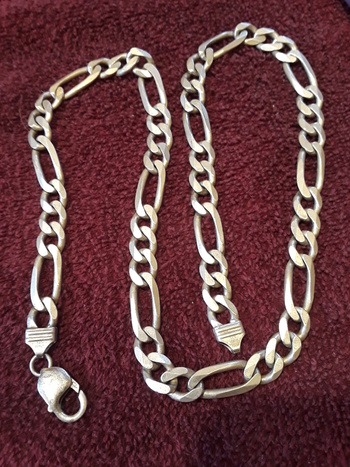 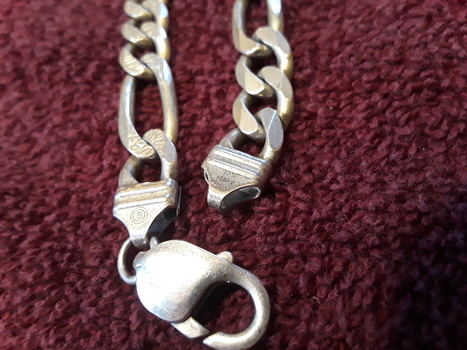 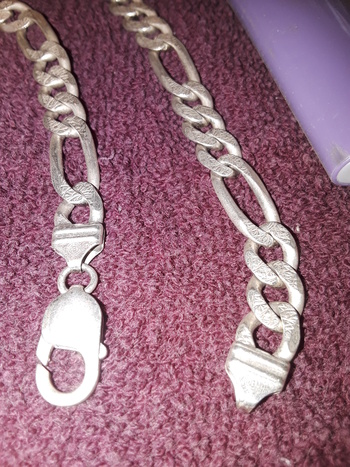 Spotted this in the case at my neighborhood (literally!) jewelry store the other day while having a watch battery replaced. Went back there yesterday morning seeking a cheap little silvertone/fake diamond earring stud (that's a whole 'nuther b-day present to myself story though...) and it was still there. Then I made the mistake of asking if I could look at it...then try it on...and it fit perfectly... <groan>

So half an hour later after a quick visit to the ATM, here 'tis... <lol>

It's 22" long, 67+g of 925 silver. Markings near the clasp are a "B" within two concentric circles and "925 ITALY". (pic 3,4) On its frontside the links are textured on their flat ends where they meet each other (pic 1) while the inner parts of the links and its entire backside are smooth. (pic 2)

(oh, and I ended up with 3 cheap CZ earring studs too, but I gotta let that heal itself for a few days, maybe shouldn't have swapped out for another after <24hrs but I did, that 1st one was just plain too big... <LOL>) 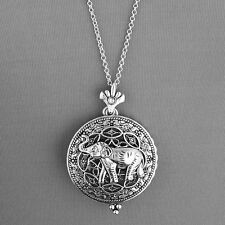 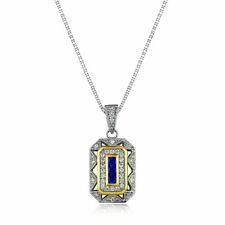 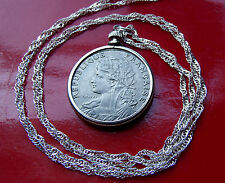 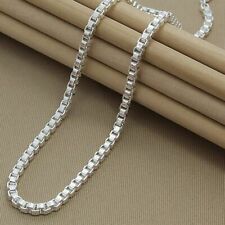