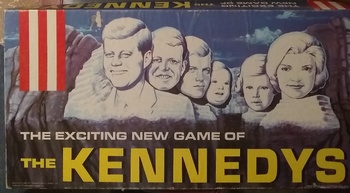 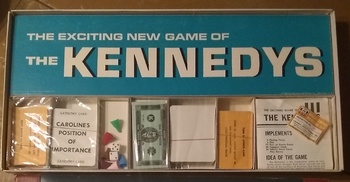 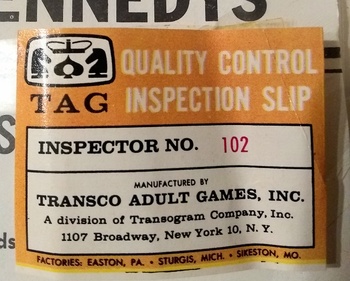 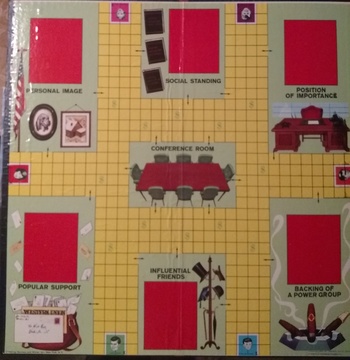 In 1962, Harrison and Winter, Inc. engaged the Transogram Company, who, through their Transco Adult Games division, manufactured and released
"The Exciting New Game of THE KENNEDYS."
The cover features a painting of the whole Presidential family and the two Kennedy brothers as giant carved images in a 'Mount Rushmore' scenario.
John, Ted, Robert, John Jr., Caroline and Jacqueline Kennedy look out from their mountainside monument across a still-somewhat-innocent America under a vast, clear sky of blue.
The set is still sealed, so I can only see the top bill in the money stack. It's a $10,000 bill featuring the likeness of Joseph P. Kennedy. There's even a "Quality Control Inspection Slip" that lets us know that inspector no. 102 has checked this game and passed it along for boxing and distribution.
Maybe one of these days, I'll have to unseal this and actually play the game.