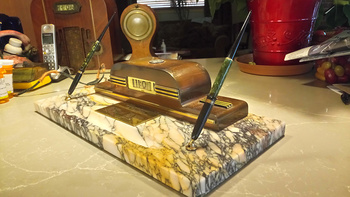 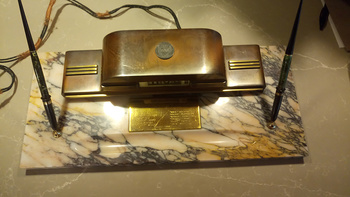 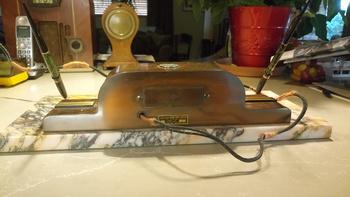 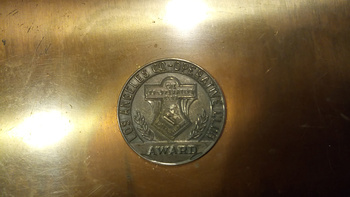 This award clock was awarded to C. F "Charlie" Denton who was president of the "Los Angeles Operative Club in 1946 - 47, by it's board of directors. It features a Lawson New Yorker on a black and rust color veined piece of white marble with two pen wells and a pencil tray in the center. The clock is 100% operable although the cord and plug both need replacing. While Lawson produced movements to award and trophy companies, they never left their logo on the back with the model and style number which indicates that this was a Lawson issue. The clock is 8.5" in depth and 19" in length, the clock stands 3.5" tall it's overall weight is 18 lbs. On top of the clock is adhered a small award medallion depicting the logo of the Los Angeles Co-operative Club.