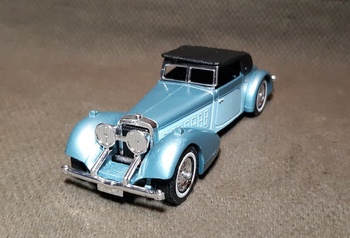 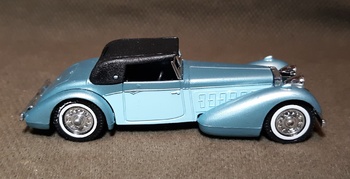 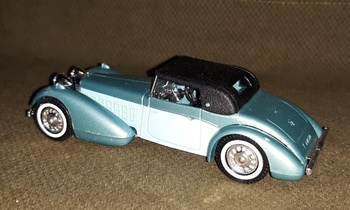 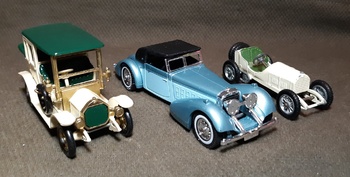 I believe this is the 1938 Hispano-Suiza Model K-6. The 1:1 version was a luxury sports coupe. It had a 6 cylinder engine and go over 90mph. It had a very long hood. Not sure what the displacement of the engine is but probably more than a typical 6 cylinder engine of later years.
The model was released in 1975. It was the first to break the Yesteryear 16 mark and was the first Y-17. It was released in this paint scheme in 1980 and apparently only for that year.
Matchbox made their models larger as time went on. In the last photo an early Yesteryear is on the right side of the photo and late 1960s model on the left. This has become the standard size although Yesteryears are rarely released now aside from special editions.
Got a few more new models so stay tuned!