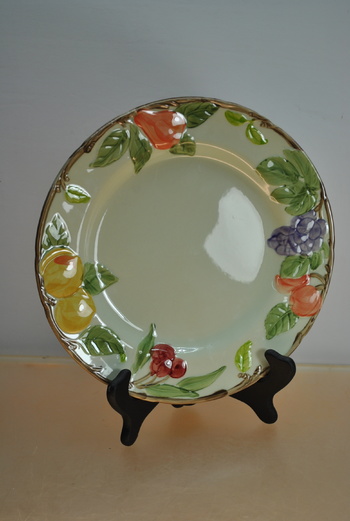 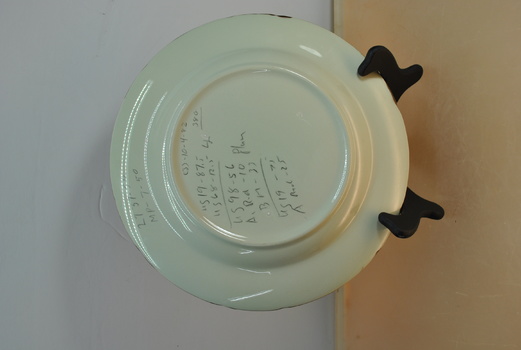 We came across this Franciscan "Bountiful" pattern dinnerplate that is a Prototype-sample. The artists notes / color codes are on the rear of the plate, and it lacks the Makers Mark as it was not for sale to the public. The sample was made in 1982 but the pattern was only produced between 1983-1984. The markings on the back are under the glaze. Plate measures 10-5/8" round. Franciscan had moved out of the U.S. in 1984 and moved to England.