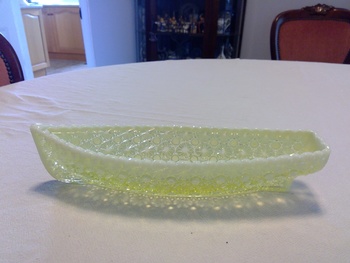 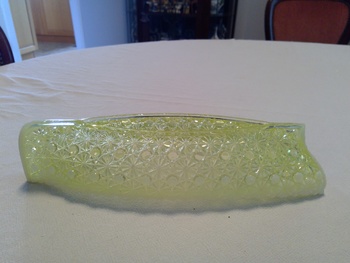 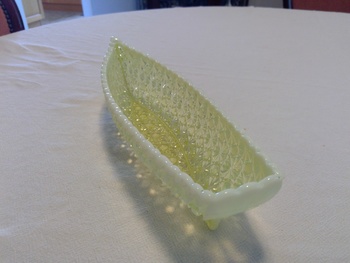 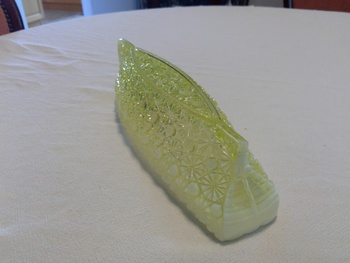 Manufactured by Edward Bolton at his Warrington Glassworks, England. Vaseline opalescent or "primrose" as it's commonly called. It has the boat's name, "Grace Darling" stamped on the rear, in recognition of the famous British heroine, who rescued passengers / sailors from a sinking ship off the English coast during a fierce storm. It is 27 cms [nearly 11 inches] long and 8 cms at its widest. It is impressed with the "daisy and buttons" pattern. The opalescence is mainly on the top, prow, stern and on raised projections along its length. There is also a registration number [39414] stamped on the stern, just below the name. The Reg. no. implies that it was made around 1885 on. NOTE - For those who have British glass with either a pressed or inscribed registration number on it, then a quick reference guide is that the Reg. no. 360,000 dates it to circa 1900. These boats are scarce in pearline and are eagerly sought after by collectors. I won't be letting go of this one, anytime soon.