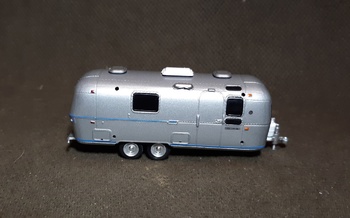 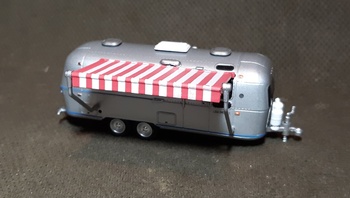 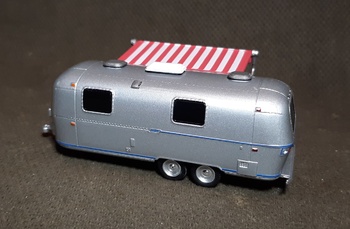 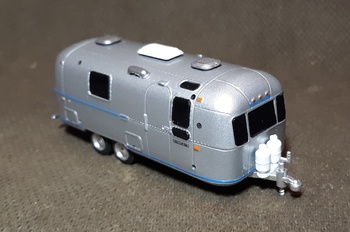 Yes another exciting vintage travel trailer by Greenlight Collectibles. This one is everyone's favorite, the Airstream. I have a weathered version and the short Bambi but this is the larger Safari version. I think Greenlight added the "Land Yacht". Generally that refers to the American cars of the later 1960s.
The special feature on this is the awning which is removable. As large as these trailers may be the awning provides a bit more space outside. You are supposed to be camping anyway so set up a couple of deck chairs and there you go.
Greenlight hasn't released any new trailers of late but hopefully soon.