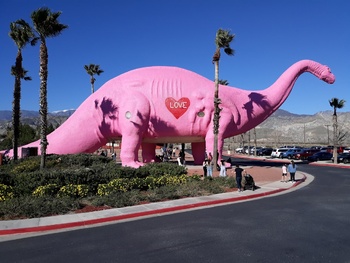 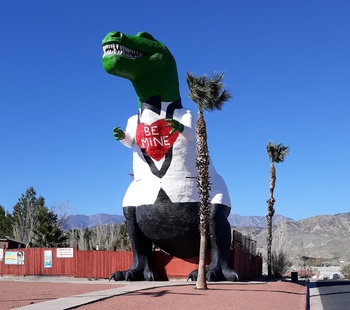 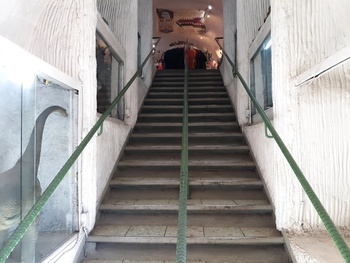 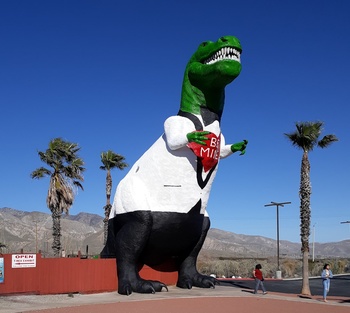 Dinny and Mr. Rex have been given new paint for the season. They had been painted for Christmas. I believe Mr Rex was painted as Santa Claus. This time Dinny was painted Pink and Mr. Rex has on a tux.
To back up a bit Dinny was built in 1964 as a Roadside attraction in Cabazon, California just west of Palm Springs. Mr. Rex was built in 1981. Now there is a mini-theme park with many smaller dinosaurs in a fenced area. That part you have to pay to get in. From there you climp up in Mr. Rex. Dinny has a gift shop inside. You walk up the stairs in photo #3 which is inside the tail. It was Superbowl Bowl Sunday but the place was packed.
Anyway Happy Valentines Day everybody!