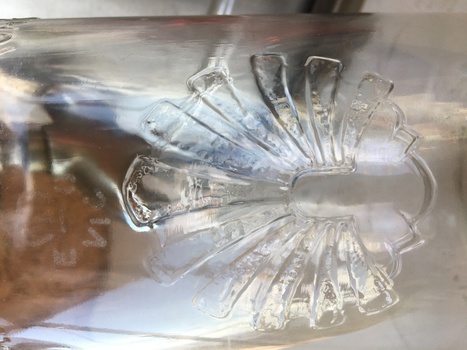 Hey guys, here's something I've had, and used, for about 50 years. I'm getting rid of "stuff" and came across it.
So, it seems to have an unusual Shell symbol. The bottom edge of the bottles does say "PROPERTY OF THE SHELL CO LTD" It seems to have a frosted logo above the Shell symbol that is a crown with E to the left and 8 to the right with VIC underneath.
Under the base is the AGM symbol. I looked online and the style looks like it was used from 1928 until 1937. Curiously, King Edward VIII was king for most of 1936... I wondered whether the bottle was for the Army. In fact, the Shell symbol looks more like the Army's Rising Sun logo than the proper Shell one!
Anyway, I was going to take it to the local junk shop for a few dollars, but I think it deserves a closer look. A couple of pics attached. Thanks for any thoughts or info you can share.
Cheers 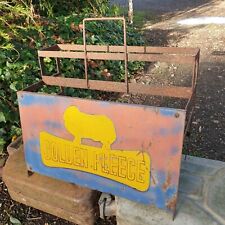 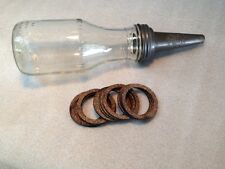 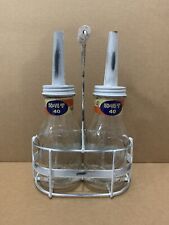