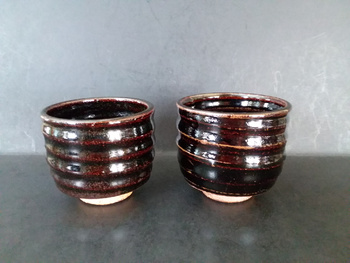 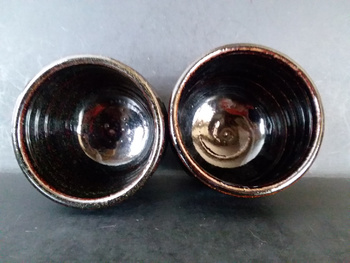 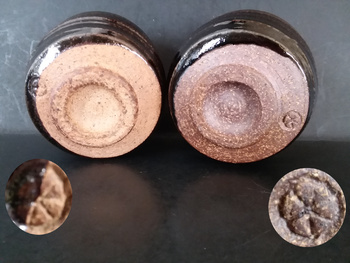 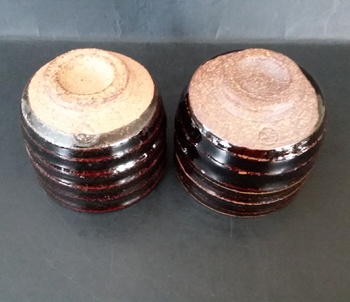 The yunomi in this meoto yunomi set are about 3" and 2.75" high x 3.25" in diameter and the set weighs a whopping 1 lb 3 ounces. They have a mark which I think is a six petaled flower. I do not think this set is Japanese but possibly American inspired studio pottery. They are American sized yunomi. I have never seen a Japanese set this large, they are real hand fillers. A UK pottery expert does not think they are by a UK artist. The glaze on these is not very attractive, a muddy brown, but they are fairly well made. It looks like two different colors of clay were used. What looks like wear or damage on the high points of the cups is just a thinning in the glaze.

Has anyone seen this mark before?