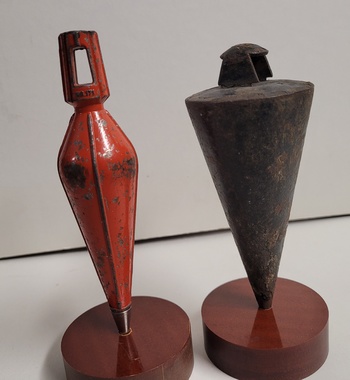 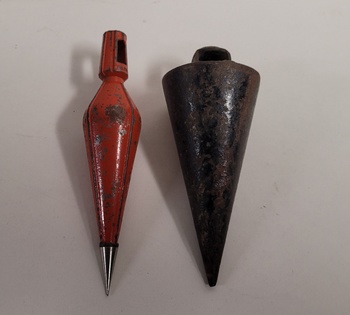 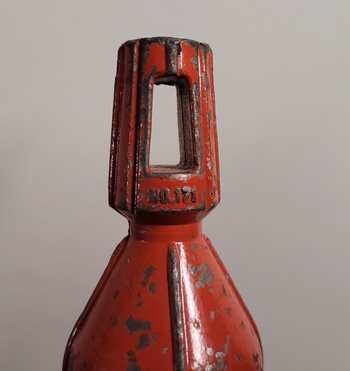 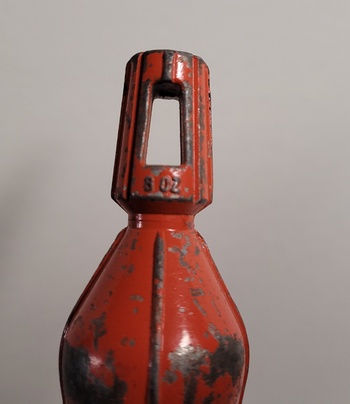 Anyone who has seen my posts, know that I love old tools. Here is a pair of plumb bobs. They are both pretty old. They really don't have a lot of value, but they are still useful. Their design is simple and elegant.

I'm not sure who made the other plumb bob. There is no marking and it's a little crudely made. It has been used and abused. A friend gave this to me, knowing I collect old tools

IN THE BEGINNING...
There is evidence that plumb-bobs have been in use since the dawn of civilization. They were used by the Babylonians, the ancient Egyptians, the ancient Greeks and the Romans to make accurate vertical lines when building or marking the points of stars and planets.

Early plumb bobs were made of stone and hardwood. Later they were made of lead. This is where it got it's name..."Plumbum” is Latin for lead.

As time progressed they were made from bronze and other metals. To this day, they can found in tool boxes all over the world.