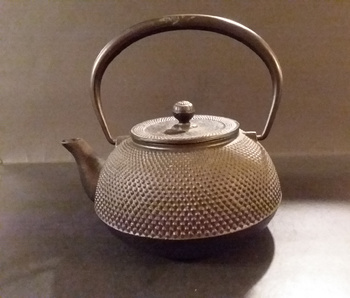 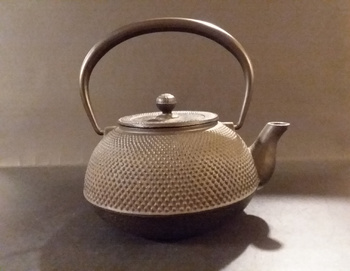 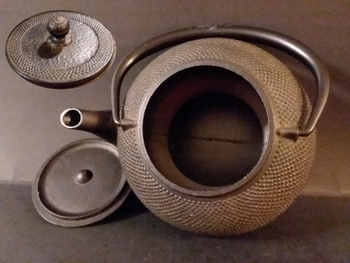 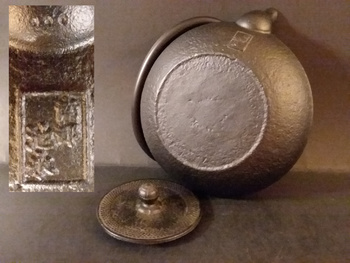 This Ikenaga tetsubin is 6.5" in diameter x 4" high, minus handle and spout and 7.5" in diameter x 8" high with them. It weighs almost exactly 4 lbs and has the Ikenaga mark below the spout. It also has three dots at the base of the spout as did the only other example that I could find of this kettle. The pattern is Arare, "hobnail", very sharp and defined. The finish appears to be traditional, heat treated interior and urushi (lacquered) exterior, my favorite finish. This is a tetsubin, an unlined kettle used only for boiling water. It holds a bit over 32 ounces of water so probably a one liter kettle. It think it is probably green sand cast, which means made in a reusable wet sand mold. Several dozen items can be made from one mold before it becomes too degraded to use.

It was advertised as used and an "Antique Nanbu Tetsubin" but appears to be unused to me. There is zero mineral buildup on the interior, which looks brand new. The interiors of tetsubin fairly quickly show build up from the minerals in the water boiled in them, typically as red and white deposits. There was a bit of rust on the exterior and the handle appeared to be scuffed up on one side when I received it. The only cleanup I have done on this kettle was to attempt to clean the handle with a damp, soapy paper towel. The majority of the "scuff" on the handle proved to be dirt or the remains of whatever did cause some scuffing to the handle. This may have been a display model or had minor cosmetic damage. I think it is an older tetsubin, however, as "MADE IN JAPAN" was not molded on the bottom as it is on all newer examples of Ikenaga tetsubin I could find. I was also able to find an image of only one other similar tetsubin which had the three dots at the base of the spout, which was described as "antique". When I went back later to take a closer look at that posting, I could not find it again. Being made in Osaka, I do not think it qualifies as "nanbu" which is made in Iwate Prefecture. So this tetsubin is probably the "Pepsi" version.

At first, I though that this must be a lower end tetsubin, as I bought it directly from Japan with free shipping and paid about one quarter of what a new Ikenaga kettle currently costs. It is apparently a well known brand made by Ikenaga Iron Works Co. Ltd. of Osaka, Japan. The company is relatively new, founded in 1950 and well known for producing industrial castings in iron, steel and alloys. I could find out little about their cookware but a wide range of their products is offered for sale on line. They are also well known for making ice shaving machines. To me, the quality of the tetsubin appears to be very good, with fine details, though obviously mass produced.

So, this ends my quest to add a tetsubin to my collection. I may not use it or only use it a few times for the experience of doing so. Due to my lack of senses of taste and smell, I doubt that I would be able to detect the benefits realized by boiling water in a tetsubin. I really wanted an example for my collection, however, and this a a good size for me. 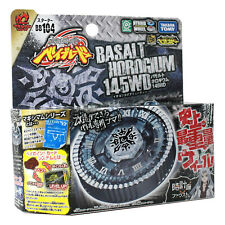 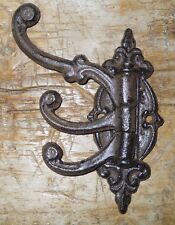