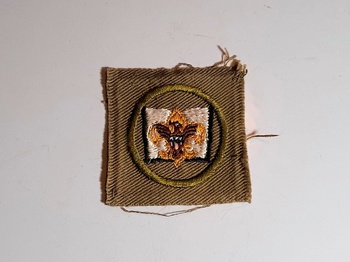 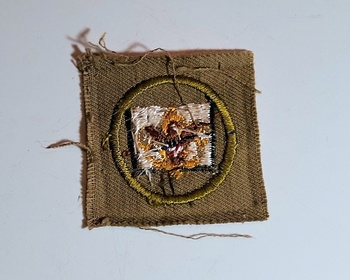 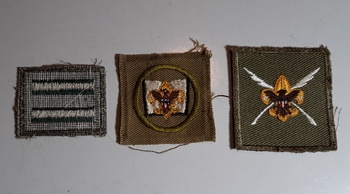 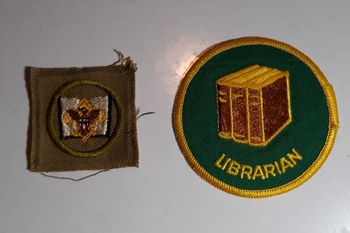 This is a rather old patch as it is the type used from 1946-1954. Makes it at least 67 years old. It's in pretty good condition for a bit of cloth less than 2 inch square and barely reinforced.
Librarian is a troop position in the Boy Scouts of America. The librarian is responsible for all the various pamphlets and books a troop may have. Also in charge of seeing if replacements are needed and making sure the everything is up to date. Like making sure the reptile merit badge book knows that frogs are not reptiles. Every merit badge has a pamphlet and there is one for every rank and so on so there can be a lot of material. I am thinking the position of Librarian would be part of attaining a higher rank.
To show the difference between this and later patches I have a pair from 1965-1971. You can see the reinforcing on the edge and the reinforced backing.
In the last photo I have the Librarian patch used from 1974-1989. As can be seen it is much less subtle. The older version more tasteful perhaps but the later version lets everyone know who the troop librarian is.
Note this patch is known as A00380.