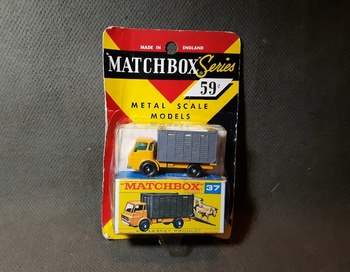 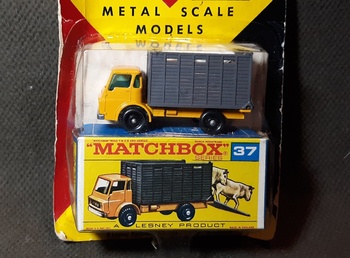 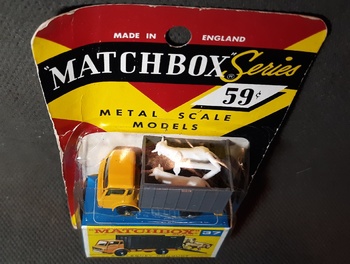 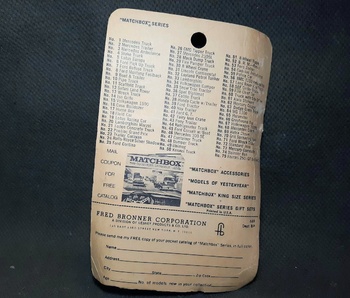 This is very exciting as this is my very first carded Matchbox model. Not only is it still sealed on the card but it also has the box. There are carded versions with no box. Luckily I have about three others of these to play with so this one can stay on the card. This model was first introduced in 1966 but that one had an E style box. In 1968 Matchbox switched to the F style box but that was only for models released that year. In 1969 all models were released in F style boxes. In 1970 they were switched to Superfast. So this was released in 1969.
The reason for these cards was that these were out on the sales floor hanging on pegs. The cards made these hard to hide in a kid's pocket so it was to harder to shoplift. In most stores they were kept in boxes behind the counter.
I believe the Fred Bronner Corporation did packaging and paperwork for Lesney/Matchbox in the US. Be sure to send for a new catalog and be sure to tell them how many models you have.