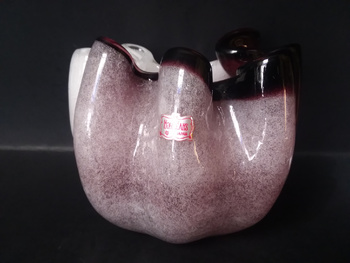 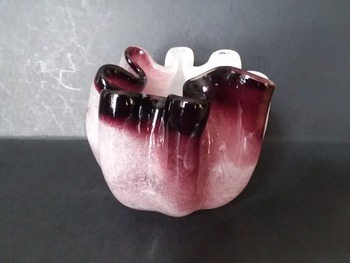 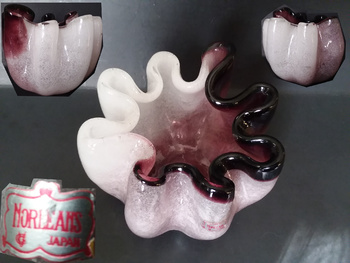 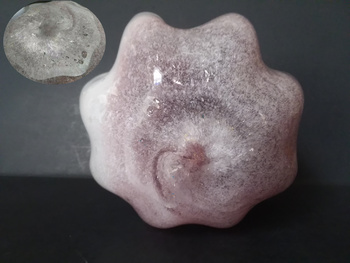 This Japanese vase (bowl?) is 5.25" in diameter by 5" high and has a "Norleans Japan UCG" label. The bottom is ground flat and unpolished. It was imported by United China and Glass under their Norleans line. Norlean/UCG's history is included below. Based on the label, it dates to about 1949-1962. It is foam glass, strongly reminiscent of Iwata art glass, but I am pretty sure that Iwata did not export their glass, as a rule. I would be very comfortable finding a piece like this with an Iwata label on it. The maker is unknown, though. It is meant, perhaps, to be purely decorative; too short for a vase, too convoluted for a bowl and no place to rest a cigarette.

I have been biding my time for the last two or three years looking for the nicest piece of Norlean Japanese art glass that I could find for my collection and finally settled on this one. I have seen some striking pieces of glass imported by Norlean but most of it was obviously made for the American market. This piece is classically Japanese in shape and coloring, which is what persuaded me to add it to my collection.