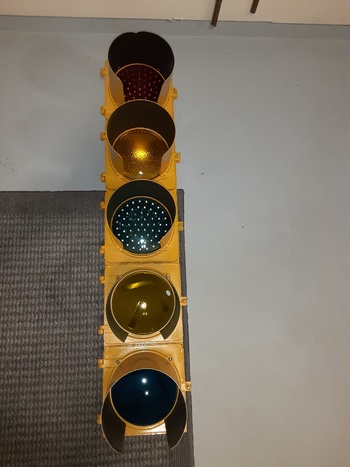 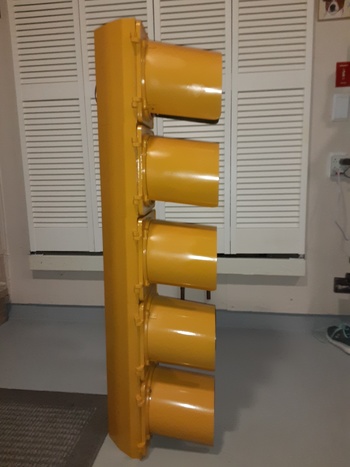 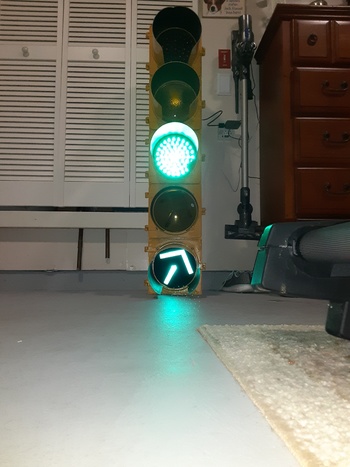 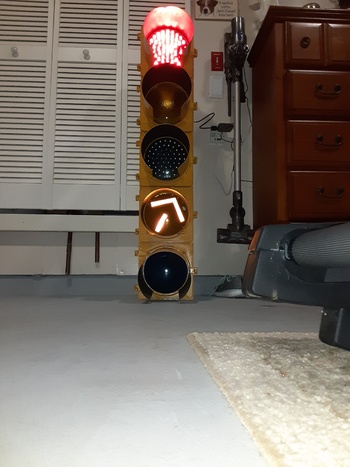 This is a five-section, type R traffic signal from the Crouse-Hinds company. It is based off of an original, which was the same make and configuration that existed in Westchester Sq. of the Bronx, New York over 15 years ago. The traffic signal originally used 8" green and amber arrows for a protected turn movement, which were considered rare in this arrangement in New York City. Surprisingly enough, when the traffic signal would have been upgraded to LEDs (red and green) in the early-2000s, the incandescent arrows remained untouched and lasted into the late-2000s.

The function of this traffic signal is controlled by a sequencer, and it operates in the same fashion as the traffic signal once did at E. Tremont Av. and Williamsbridge Rd.