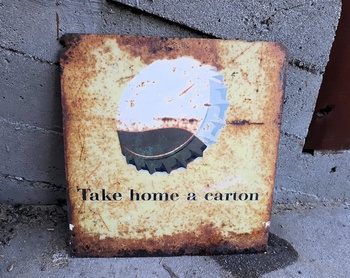 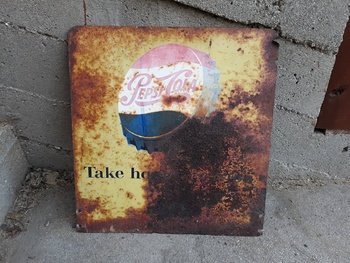 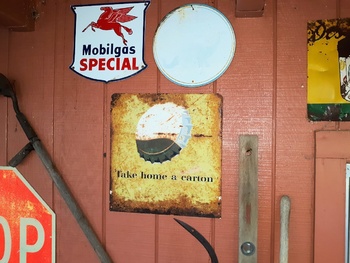 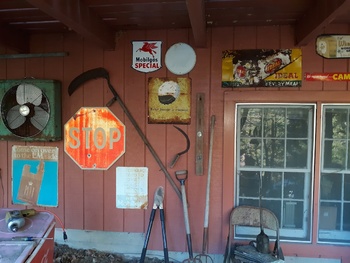 This sign is about 2 foot by 2 foot and made from a heavy gauge steel. Perhaps as thick as a quarter.
The only holes in it for mounting are near the base. Two on each side. Now along with this and the fact that it is double sided leads me to believe it would have been mounted on top of the cab of a Pepsi delivery truck. This is a theory by me. Possibly could have been on top of a vending machine but that seems unlikely.
The Pepsi cap logo is from the 1950s. This is when the color blue was added. It was red and white before that. The word "cola" was dropped in 1962 and it became Pepsi. Don't see "Take Home a Carton" as one of their official slogans. It was used on several signs.
It is now happily living with my other signs. It seems to be doing OK. 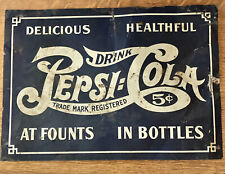 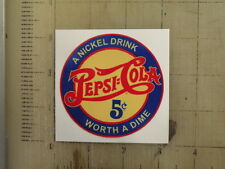 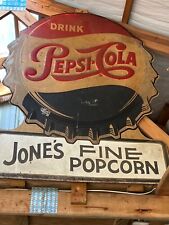 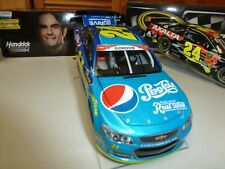