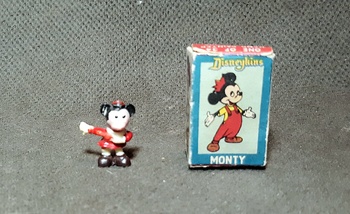 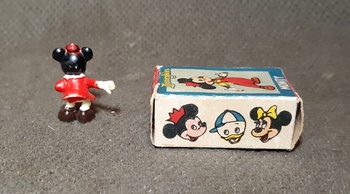 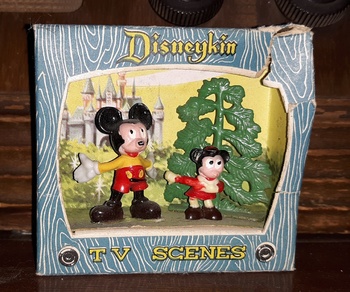 Another boxed Disneykins. This one is Monty Mouse which is a nephew of Mickey Mouse. Cartoon characters back then all had nephews and not sons..
Now a confusing thing is that his name may be Morty and not Monty. Mickey's rival was named Mortimer/Monty. He was a slick character. But Morty is short for Mortimer. Eventually he is called Morty but he may have been Monty too. He has a twin brother who tends to disappear for a few decades. He has little screen time but is mostly in the comic strip. For this post I will call him Monty.
Monty is quite small only 7/8ths of an inch tall. In the last photo he is with Mickey in the TV Scenes box.
Sadly I am out of Disneykins to post I shall need to get more.