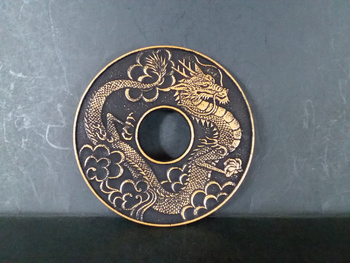 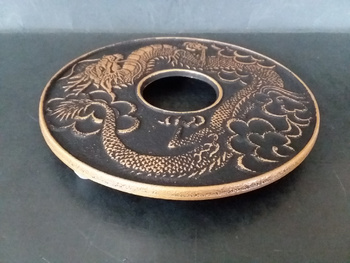 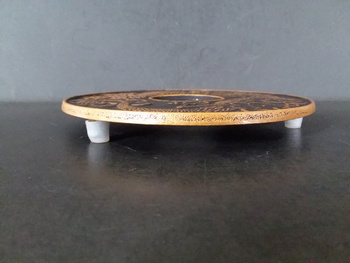 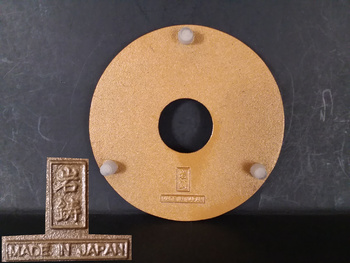 This Iwachu dragon nabeshiki is 5.5" in diameter and .5" high. It is marked with the Iwachu mark and "MADE IN JAPAN" on the back. The Iwachu mark is very clear, making a good reference piece since this mark is often blurry and unreadable.

This nabeshiki was part of a Japanese cast iron lot containing two nabeshiki and two warmers. It solved two problems for me, I thought. First was the Dragon nabeshiki. I passed on a couple of these at a good price when I first started collecting Japanese trivets as, based on the fact that I easily found two inexpensive ones, I thought they were common an reasonably priced. Oops! Not so! After several months of searching I finally found this one. The second thing in the lot that was something I had been looking for was a marked Iwachu kyusu warmer similar to the unmarked one I found a while back. That did not work out as I expected, which I will address in another post. The second nabeshiki and warmer are very nice and each warrant a post of their own.