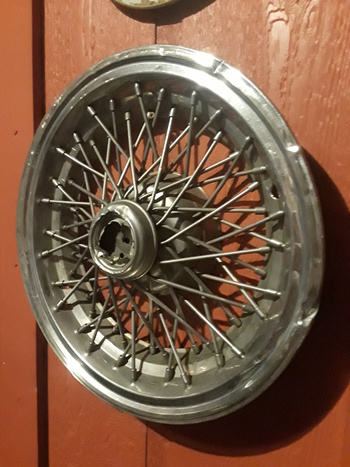 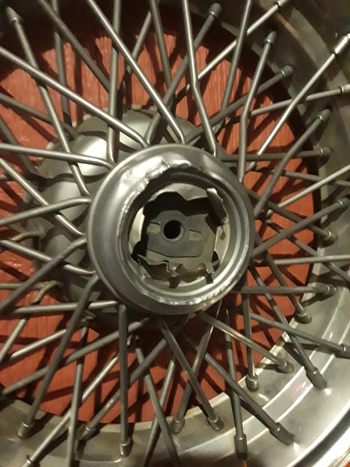 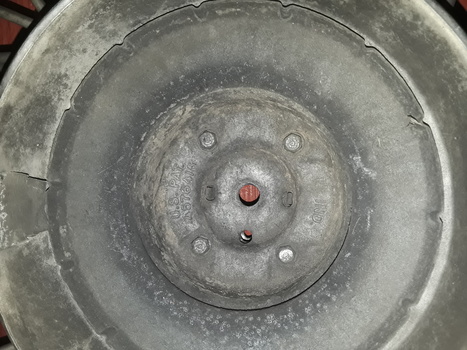 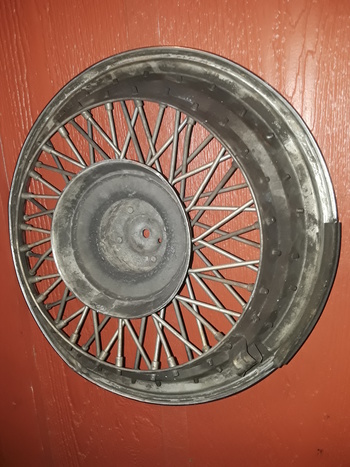 Found recently curbside and picked up/tossed in the back of the truck because it was there and I could...it had actually landed such that I needed to move it anyway to get into a driveway without running over it. I *think* it is a 1980's-ish GM product, but might be wrong in either the maker or time frame...? ANYWAY, before I in turn threw it in the trash, I figured what the heck -- I could find a little space on the carport wall to stick it and it wouldn't be out of character in the least...?? <lol>

I say GM because its exact style reminds me of theirs then, but it rather obviously has had its identifying insignia...uhhh..."removed"? (pic 2) Nothing that means anything to me on its back either, just a cast patent number and remains of a paper label, now completely black from years of brake dust. (pic 3) If anybody does really recognize its maker *please* leave a comment, especially if I'm wrong in my guessing about it!! 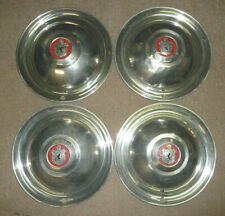 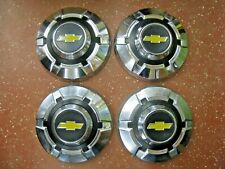 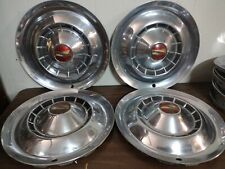 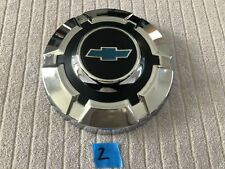