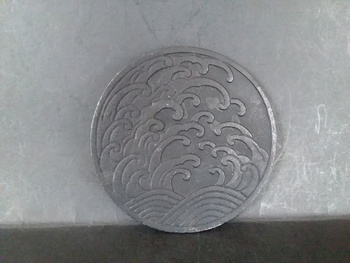 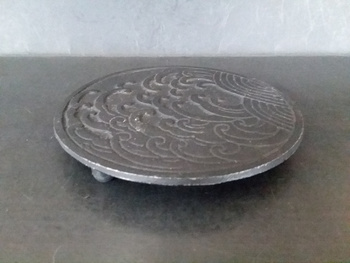 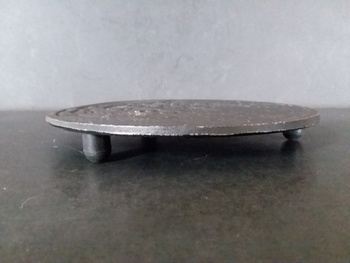 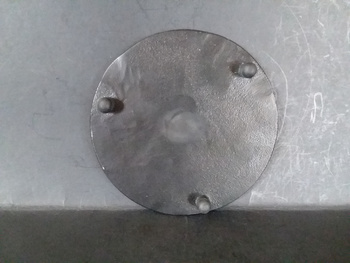 This nabeshiki is 5.5" in diameter and .5" high. It is unmarked. There appears to have been some re-work (grinding) done to the bottom side.

I believe that this nabeshiki was made by Oigen. I found an identical trivet paired with an Oigen made wave themed kyusu. Both were colored an identical shade of blue so probably were made by the same foundry. There were no images with this set which showed a maker's mark, but Joyce Chen imported an identical kyusu which I have been able to examine the mark on. So, some uncertainty here, but I will continue to research this to try to confirm my identification.

Iwachu made a very similar design nabeshiki but there are enough differences to distinguish between the products of the two foundries. Marking it "Mystery Unsolved" until my proof is absolute(ish).

This nabeshiki was part of the two warmer, two nabeshiki set that my Iwachu dragon trivet came with. The quality of all four pieces was very high.