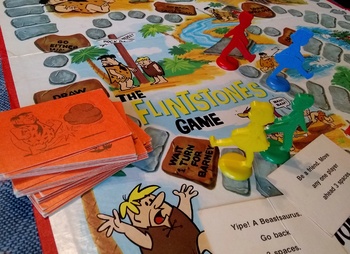 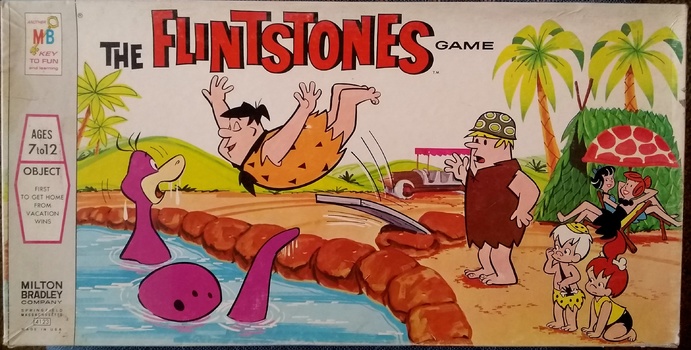 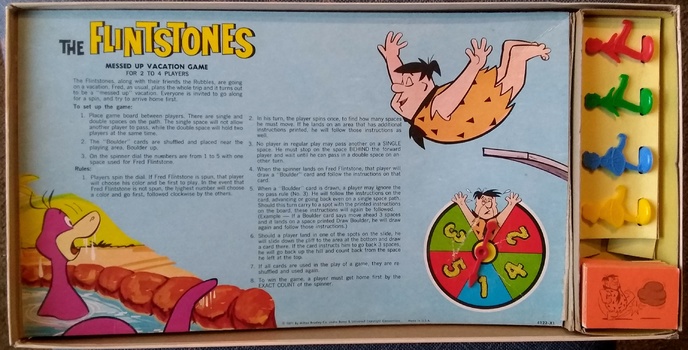 Hey, shouldn't this thing be chiseled out of a stone slab? 1971 seems a bit late for MB to make a game based on a show that went on the air in 1960. It was the first animated sitcom in TV history, but they waited over ten years to turn it into a board game! Why? I don't know. Ask The Great Gazoo! Maybe HE knows!
Maybe it was to help promote the then-new "The Pebbles and Bamm-Bamm Show" that premiered on Saturday mornings that year.
Check out these neat, colorful little plastic playing pieces! Two boys and two girls. That's fair representation, but if you have three boys playing, one will have to use a girl token! Not that there's anything wrong with that.
The odd object of the game is to be the first one to get home from vacation!
Yabba-dabba-doooooo!