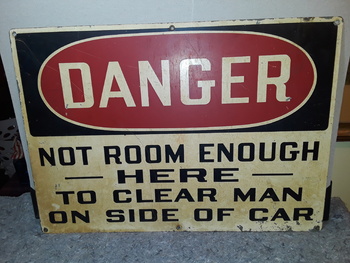 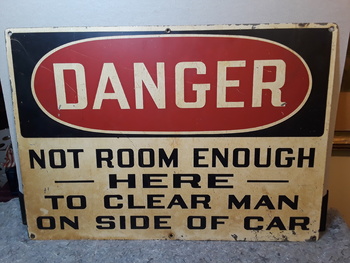 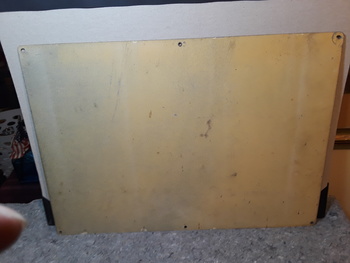 DANGER (Will Robinson? no, not that) if you're seeing this sign while hanging off the side of a train car, you'se fixin' to get yourself bounced offa something else and its prolly not gonna be pretty...? <eeek>

I've actually had this old industrial warning sign for many years now, it being one more of several shown already that originally came to me from a brewery complex being demolished. Signs like this (in some form) are still used today around railroad tracks in close proximity to immovable things like buildings and bridges (etc) where, as the sign says, anything on the outside of the train is probably gonna get instantaneously and forcibly removed from the outside of the train which won't even know it... <nono><splat>

It is made of reasonably thick sheet steel, painted white on both sides with the legend on one, a few of its original brass grommets in its mounting holes are now gone. It measures 14" x 20".