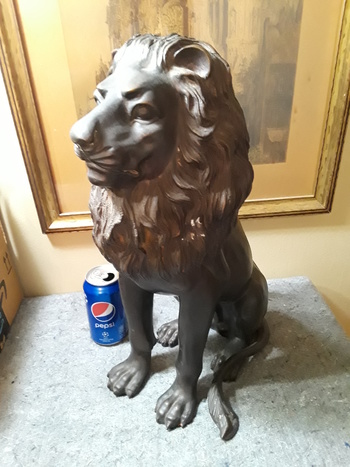 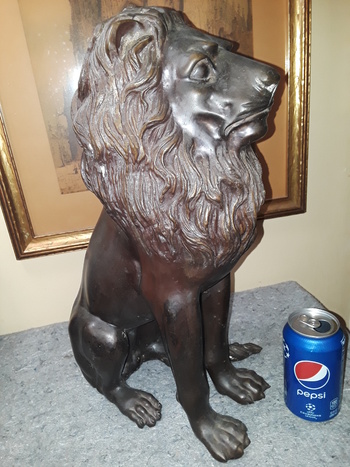 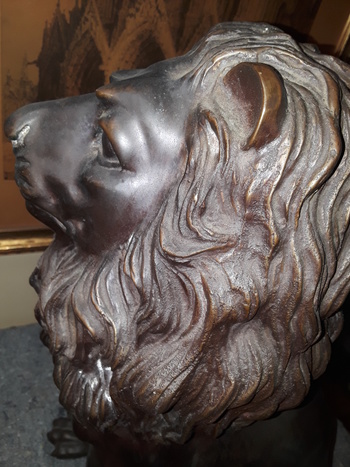 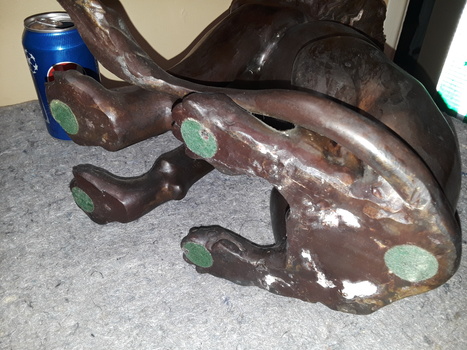 This handsome fellow, like so many of my 'things' it seems, has a few more unanswered questions than actual facts -- what you see is what I see and apparently all we're gonna get. He stands (sits) about 18" tall and is quite nicely detailed with a hard to photograph brown/bronze colored finish. (pic3 shows it well on his ear) Also no doubt some amount of residual dust/dirt that doesn't come off with a gentle dry toothbrush-ing which is all the cleaning its had since I've had him.

However, he also has occasional little 'spots' of white on him which don't readily seem to brush away. Larger white patches appear on his underside where the finish isn't so neatly done. (pic4)

My biggest question is what he's actually MADE of. He looks (and feels) for all the world like he should be hollow cast bronze, and even kinda 'rings' as if he was made of hollow metal like that -- but those white spots make me think some kind of pottery/ceramic instead. (I suppose hollow pottery might also have that similar 'ring' to it...??) Or maybe he's hollow metal that's been treated/finished with a coat of plaster something. He is definitely hollow (as he'd be *way* heavier if solid anything, and wouldn't ring the same way at all) but whatever cavity within him has been sealed 'before the finish went on' -- the larger white spots & patterns on the bottom could suggest an opening in the bottom isn't there now, maybe smoothed over with the plaster stuff??

He has no markings whatsoever on him that I've been able to discover. OH, and Woda cat doesn't pay him the slightest bit of attention... <LOL> 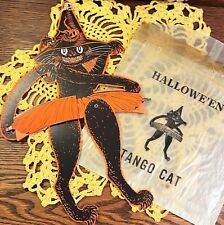 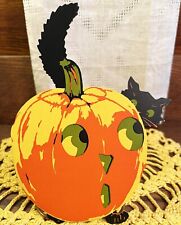 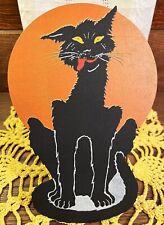 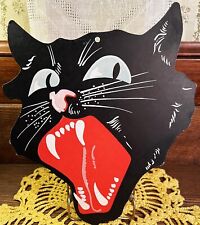