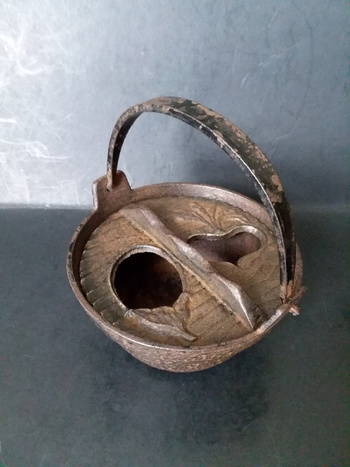 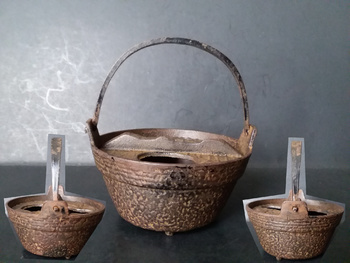 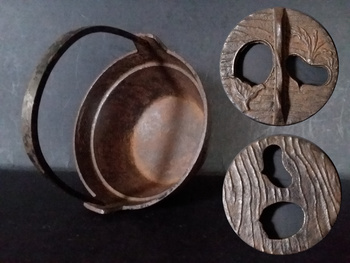 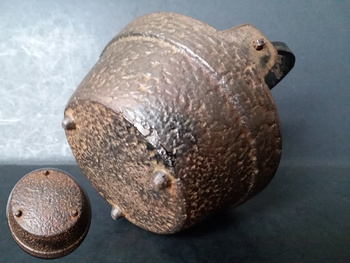 This little cast iron serving pot is 3.75" in diameter x 1.75" high minus handle x 4.5" high with handle. It weighs 14.7 ounces and has no maker's mark. It was among a group of other Japanese cast iron items.

Not sure of the use, age or what the correct Japanese term for this little pot is. I have seen one other example and I don't think it was as rough as this one is. Not sure if the roughness is because it was green sand cast, it was purposely made this way or if it is severely degraded by rusting. I spent quite awhile with a stiff nylon bristle brush removing a lot of loose rust, but there is still a lot of rust on this little pot. At this point, I am leaning toward the conclusion that it was purposely made with a rough surface, but my research is just beginning. The vegetable theme suggests that is meant to be used to steam or bake some sort of traditional vegetable dish. A guess.

It was very inexpensive, as opposed to the first example I encountered which the seller wanted a stupid amount of money for, tiny and easy to store, so a good research opportunity. I probably will never know the maker but hope to discover its Japanese name and intended use.