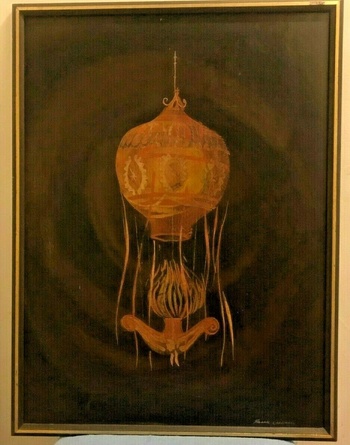 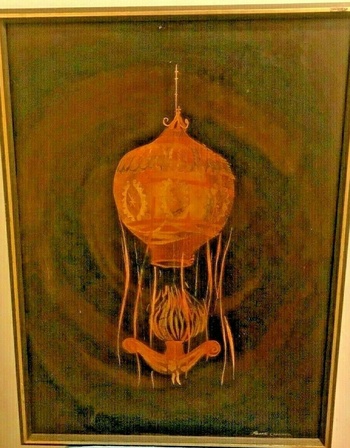 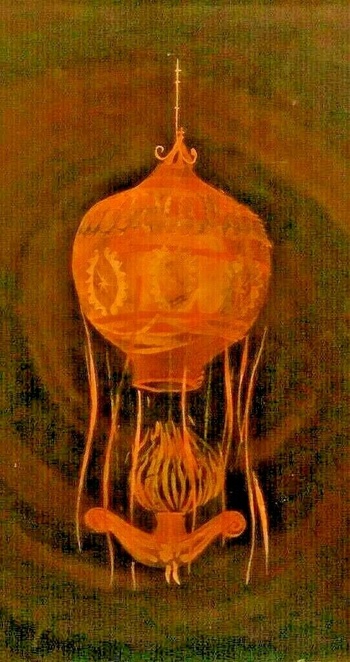 "Francis Atlee Caldwell ('Frank/Franck') was born in San Francisco into a family of artists and writers. Being raised with an artistic background, he was inspired to enter the arts himself. He studied art at the San Francisco School of Design, the Otis Art Institute in Los Angeles and with his uncle Warren Rollins (1861-1962) in Santa Fe, New Mexico.

Through the course of his career, Caldwell taught art at Los Angeles City College, was a United State Marine artist, and designed murals for the United States Maritime Commission. While living in Los Angeles, he became involved with the entertainment industry. He designed murals for the Pasadena Playhouse and other theaters, created art for NBC's opera series and for the Band of America and the Perry Como shows.

He was also art director for New World Productions. A few of the films he designed and produced were: In the Beginning, a winner at the Cannes Film Festival and Frenzy: The New Orleans Story.

From 1970 he devoted himself to painting, drawing and graphics. A sense of complete design is the element in Caldwell's work that he valued the most. To accomplish this, he called upon his extensive background and training in design. Each of his pieces has been carefully worked and reworked, to achieve this sense of complete design.

He has worked in oil, watercolor, oil pastel, and tempera among other media. Because he values the brilliant colors with which the oil pastels allow him to work, this has become has favorite media. Those brilliant colors are evident particularly in his vibrant marine paintings. He gained a love and respect for the water during the time he spent with the Marines and Maritime Commission.

Such museums as the Whitney Museum of Modern Art in New York, the DeYoung Museum in San Francisco, and the Chicago Museum of Art.

He died in Los Angeles.

He is listed in Davenports, Artprice, Askart, Artfact, Artnet, Findartinfo 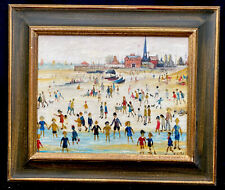 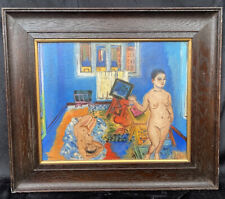 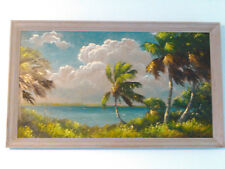 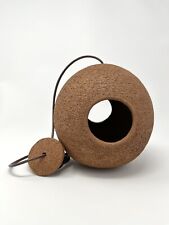