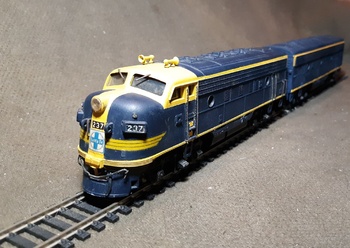 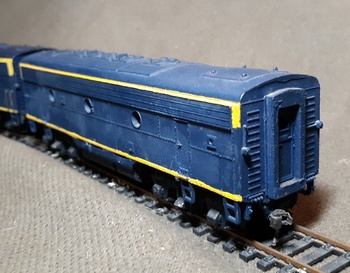 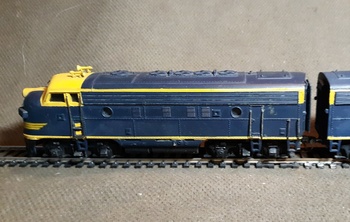 This a pair of matching locomotives. The 1:1 version was made by EMD (General Motors) from 1949-1953. The F units were originally supposed to be for freight but were most known for their use on on passenger trains. This one is in the colors of a freight unit. The difference between the F7A and F7B is that the B unit did not have a cab. The B units did have controls so they could be moved around the yard but they could not control other locomotives. But you would rarely see a B unit without an A unit to control it.
The A unit here has been customized. Both were made by Athearn not sure when. They have been made since around 1960. As the title says they are HO gauge which is also 1/87 scale.