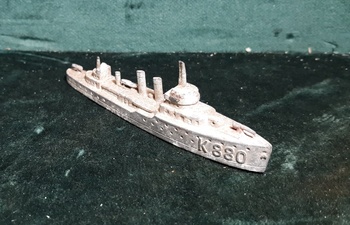 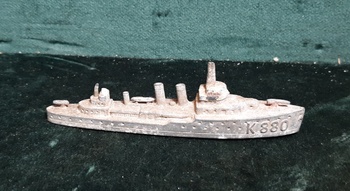 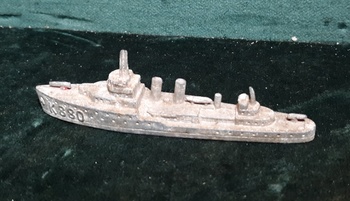 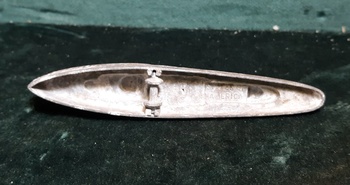 This is an early Tootsietoy model. No one seems to know exactly when they were made but it is based on style ship made in the 1*20s. Sort of like the Sand Pebbles. One free standing gun on each end and two stacks. Probably just a generic ship and not based on an actual ship. The model is 4" long and has metal wheels on the underside.
One may note that it resembles a Monopoly piece. Tootsietoy/Dowst made those pieces. Tootsietoy began production in the 1920s and started using the name in 1924.
In the meantime it is sitting in my new old display case which will be posted eventually.